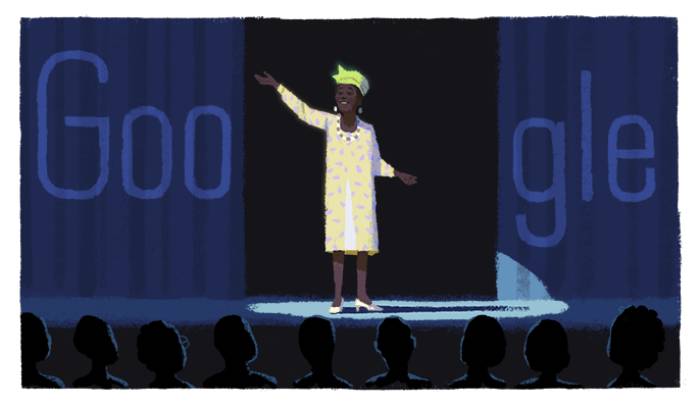 Today’s Doodle honours Nomhle Nkonyeni, a Black South African actress who defied discrimination to make her mark on the stage during apartheid.

On this day in 1942, Nomhle Nkonyeni was born in Aggrey Road, Gqeberha, formerly known as Port Elizabeth. Her illustrious acting career began when she co-founded the Serpent Players at the age of 19. The name of this interracial theatre group was inspired by an abandoned snake pit where they were compelled to perform for the first time owing to discrimination. Nkonyeni continued to defy discriminating laws, eventually drawing interracial audiences to watch political protest play.

Nkonyeni created history when she became the first Black actor to appear at the CAPAB theatre, a major performing arts centre in Cape Town, some two decades later. Die Swerfjare van Poppie Nongena, a film about a Black South African lady navigating discriminatory legislation, featured her in the lead role.

Nkonyeni’s ability was recognised on both the small and big screens, where she appeared in a number of television episodes and films, including Tsha Tsha, Scandal!, Zulu, and Red Dust, over the course of her five-decade career.

Nkonyeni has also made it her life’s mission to empower the future generation. In her leisure time, she volunteered as a drama teacher for homeless youngsters and directed youth theatre projects in Cape Town. For her legacy and impact—both on and off the stage—Nkonyeni got a lifetime achievement award from the South African Film and Television Awards in 2016.