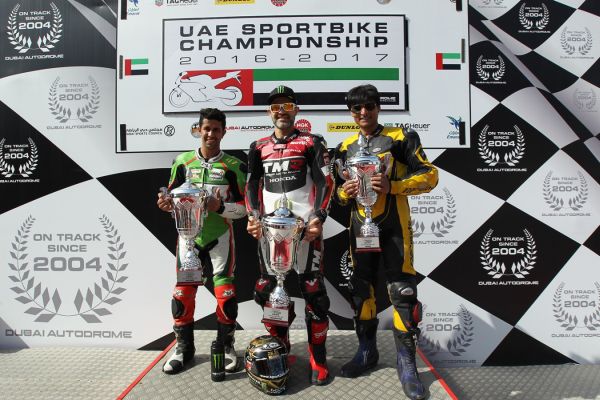 First, it should be noted that the professional motorcycle racer in this high-speed crash escaped with only a hairline fracture in the top of his femur. Obviously it could have been far worse.

After the accident Banbouk was transferred to Rashid Hospital in Dubai to get the needed treatment, the next day he had a plates surgery in his left hand and right leg.

The UAE Sportbike Championship is a motorcycle racing series based in the United Arab Emirates and held throughout the winter. It is run by the Dubai Autodrome Sports Club, held on different configurations of the circuit. Riders compete onboard bikes from various manufacturers including Kawasaki, Triumph and Yamaha