Wednesday, 1 February 2023
You are here: Home Emreezy Believes Self-Belief Is Important To Achieve Success In Life 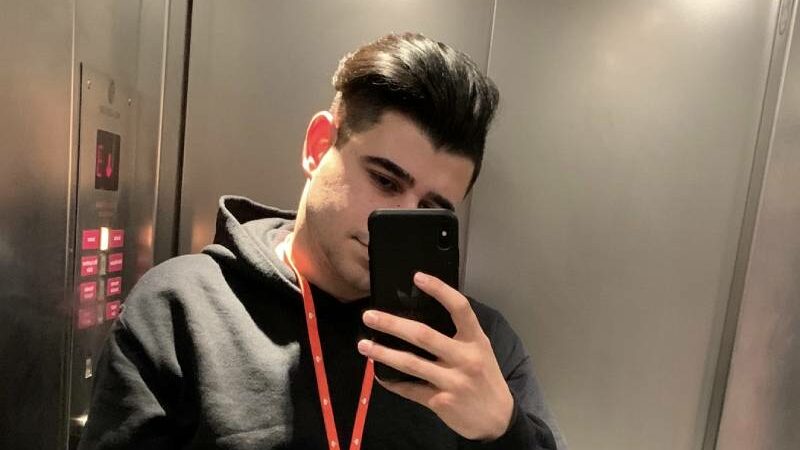 Emreezy, 22, believes self-belief is the biggest strength. If you don’t have faith in your abilities, you can’t go ahead in your life.

As a confident young teen, Emreezy literally started his career at the age of just 14. By then, he already decided about what he wanted to do in life. He was sure of his future goal and dream.

Emreezy, born as Emre Ucar on 12th September 1999, is a self-made star. No one from his family ever tried making their career on social media in the past. So, Emreezy had no one to show him the right path.

He did everything using his own intuition and gut feelings. He learned everything from scratch. Once his Insta posts started going viral, there was no looking back for him since then.

Emreezy got attracted to Instagram because of its rich audio-visual effects and other features. His posts get lots of views and comments from his fans and followers worldwide.

“Initially, I tried my hand at E-sports. It opened a whole lot of opportunities for me in this genre. I became a thorough professional in it achieving several honours and other awards in this segment. I enjoyed my journey from 2013–2016 when I was an active E-sport participant. However, from 2016 onwards, I am really relishing every part of my career as a popular online digital content creator.” Emreezy remarked.

At present, Instagram is the most popular social media network after Facebook. Globally, Instagram has over 1.075-billion monthly active users. If your content is interesting, you can become a social media sensation in no time.

Emreezy worked hard to reach where he’s today. He believes the main challenge on Instagram is not to become an influencer but to retain that stardom for a longer period.

Emreezy always works hard towards offering something new to his customers. He relentlessly works towards creating new videos and photographs adding interesting stuff into the same in a story-telling manner. His style appeals to his fans and followers. They impatiently wait for his new posts and videos.

“I believe there is no shortcut to getting success on social media. You have to constantly improvise and improve your digital content. Users don’t have time. If your Insta post or reel doesn’t attract them within the first two seconds after viewing it, they will scroll it down. And that’s why retaining your spot as an Instagram influencer is ever-challenging.” Emreezy stated.

Emreezy started his Instagram journey by posting his fashion haul videos and selfies, but now he regularly posts various selfies and videos depicting his lifestyle, workout session, and other interesting stuff. Emreezy has over 100,000 fans and followers online.

He never wanted to do routine stuff in his life. That’s why when kids of his age were busy playing football and other games, Emreezy was silently starting his career online in E-sports and later on social media.

Meanwhile, he also changed his name from Emre Ucar to Emreezy as he found it more attractive.

Emreezy’s Facebook community was the biggest stepping stone to his career. During the same time, he realized that he could do much more as a social media influencer than an e-sport professional. Taking the new challenges head-on, he immediately started looking for ways to enhance his popularity on social media.

But Emreezy soon realized that there’s no one-size-fits-all remedy to becoming famous online. That is why he solely focused on enhancing his online content creation skills since 2016 and as they say, the rest is history.