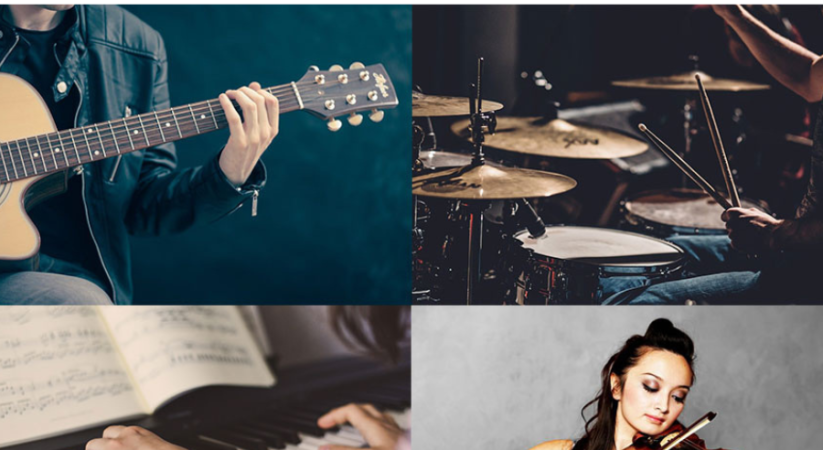 The 21st of June is recognized as International Music Day or World Music Day to honour musicians and singers. The day also encourages young and inexperienced musicians to perform live in front of an audience.

In France, World Music Day was originally observed in 1982 as Fête de la Musique. Fête de la Musique (music festival) was founded in the streets of Paris by Jack Lange, the then French Minister of Art and Culture, and Maurice Fleuret, a French composer.

Many of us have either played or wished to study a musical instrument at some point in our lives. On this musical occasion, embrace the sound around you and share quotes and greetings to your loved ones via WhatsApp, Facebook, and other social media platforms.

Listening to music has 8 benefits:

One of the most great benefits of listening to music is that it makes you feel happy.

This is because it triggers the release of dopamine, a feel-good neurochemical linked to pleasure. The striatal system, which comprises the caudate nucleus, putamen, hippocampus, and cerebellum, illuminates as you tune in. It’s the same rush of pleasure you get when you consume wonderful food or engage in sexual activity.

Another great health benefit of listening to music is that it reduces stress levels.

Simply hearing a music that reminds you of a special person or place, for example, can lower cortisol levels. (As we all know, the stress hormone cortisol can do a lot of damage to the body.)

You can enjoy the release of dopamine and serotonin, which cancels out cortisol, by listening to music. Any reduction in stress after that makes you feel more in control of your life, which might make you feel more hopeful and powerful. Simply simply, music has the power to make you feel better.

Following that, the parts of the brain involved in music processing and memory are intricately linked.

You can open a Pandora’s box of memories by listening to music. Music stimulates the hippocampus at the same time as it activates the auditory cortex (the birthplace and home of memories).

Several brain regions, including those related with memory, language, and emotion, are activated in studies investigating the impact of recognised music on brain activity.

When you hear a memorable music, your brain automatically recalls that memory, in part because emotions aid in the formation of long-term memories. Meanwhile, the hippocampus’s activation improves, resulting in improved memory.

Surprisingly, music can even induce feelings of kindness and connection.

Another hormone that is released while you listen to music is oxytocin. It’s referred to as the “love hormone” since it boosts feelings of intimacy and trust.

According to study, those with higher oxytocin levels are friendlier and more generous to others. To put it another way, while listening to music alone is beneficial, doing it with others can be even more beneficial in terms of fostering greater connection.

Another benefit of listening to music is that it helps you think more quickly.

Because music requires the entire brain to process, an IQ gain is a natural byproduct. The hemispheres of the brain must communicate in order to comprehend and correlate sounds captured by each ear. The corpus callosum becomes stronger and more neural connections as a result of listening to music. As a result, your connective processing speed will increase, allowing you to connect thoughts and concepts more quickly.

Listening to songs also enhances language and vocabulary skills since musicians employ language in unique ways to create various thoughts and feelings. Lyrics are frequently compared to poems, and poetry demands the brain to focus in order to decipher the meaning of each word.

In other words, attempting to understand a song’s message expands your vocabulary and activates language-related brain regions.

Music, like the point made before, has been shown to improve cognition and performance. According to one research on the effects of musical exposure on school-aged children, those who take music lessons have better language and vocabulary skills than those who do not.

Put on some music the next time you need to balance your checkbook or construct a spreadsheet. Background music can help you perform better on cognitive activities by improving your accuracy and performance.

Finally, new research shows that music can boost productivity and creativity. Put on an uplifting soundtrack if you’re having trouble writing or need to come up with a new concept. The increased tempo will assist you in coming up with new ways to express your thoughts.

Listen to new artists and genres of music to increase your productivity and creativity even more. Try classical music if you enjoy jazz. Try funk or pop if you like country. It may seem paradoxical, but changing things around amplifies the final benefits.

When you listen to a new song, your brain has to come up with new ways to interpret the sounds. That compelled inventiveness spills over into your work.

Runners who listened to fast or slow motivational music raced faster for the first 800 metres than those who listened to quiet music or did not exercise at all. If you want to increase your running skills, listen to music while doing so, and here are some running suggestions to get you started.