Wednesday, 30 November 2022
You are here: Home Washington Football Team will reveal its new name on Feb. 2, before of the Super Bowl 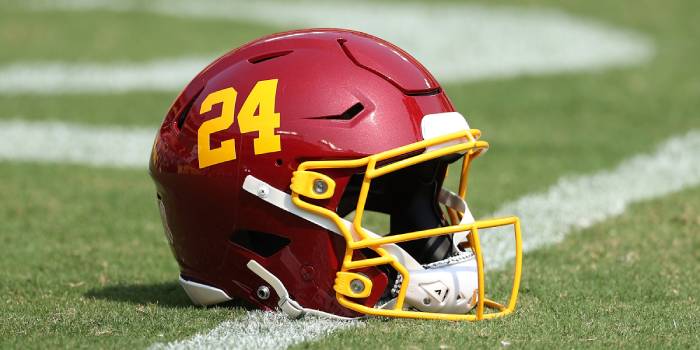 The Washington Football Team will reveal its new name ahead of the Super Bowl, some 19 months after the team’s previous one was dropped. But, according to team president Jason Wright, it won’t be one that quickly became a social media favourite.

The team announced on Tuesday that its new name will be revealed on February 2, 11 days before the Super Bowl. WFT co-CEO Tanya Snyder revealed that the final eight candidates were Armada, Presidents, Brigade, Red Hogs, Commanders, RedWolves, Defenders, and Football Team on a podcast with ESPN’s Adam Schefter in September.

Those names had been revealed previously, but several team members said it wasn’t an official list. Schefter questioned Snyder if those were the candidates on the podcast, and she said, “Yes.” However, despite the fact that the Wolves — and, by extension, the RedWolves — were fan favourites, Wright wrote on the team’s website on Tuesday that they would not work due to trademarks held by other teams.

In his President’s Brief, Wright stated, “We didn’t want to go down a route that could be dotted with legal hurdles.” “The prospect of years of litigation wasn’t something we wanted you, our fans, to have to bear as you begin to embrace a new brand.”

After declaring on July 13, 2020 that it will drop the mascot name it had used since the team’s inception in 1932, Washington has gone with Football Team for the previous two seasons. The team moved to Washington five years later and had already battled popular demand to change the name. The team considered renaming after protests and repeated conversations in the spring of 2020, as well as pressure from sponsors. In August 2020, Wright was engaged to assist with the name change. The team’s colour scheme will remain burgundy and gold.

“We’re going forward, and that’s what the rebrand is all about,” senior adviser Doug Williams, who has spent parts of 11 years with the team as a player and executive, stated on the team’s website during an episode of “Making the Brand.” “I can’t wait to see the rebranded team on the field and the fans in the stands.” It’s going to be fantastic.

“It’s a clean uniform. … I believe in clean uniforms. You just got the number and the uniform stripes around the shoulders, and that’s it. That’s going to be a good-looking uniform.”

Martin Mayhew, the team’s general manager and a former player, said of the jerseys during the show, “They’re really clean, really crisp. They look cool, so I think the fans are really going to be excited about how the new uniforms look .”

When the decision to drop the old moniker was first revealed, Washington coach Ron Rivera stated that the team wanted to include the military in the new name. It’s uncertain whether that desire still exists after a process that includes focus groups.

“While we understood it would be a nearly impossible task to select a name that all of our fans would identify with as their first pick,” Wright wrote, “we are very excited about our final selection, which aligns with our values, carries forth our rich history, represents the region and, most importantly, is inspired and informed by you, our fans.”

After national discussions about racism, Washington was the first team in the four major North American professional sports leagues to remove Native American imagery. The Cleveland Indians of Major League Baseball followed suit and changed their name to the Guardians.