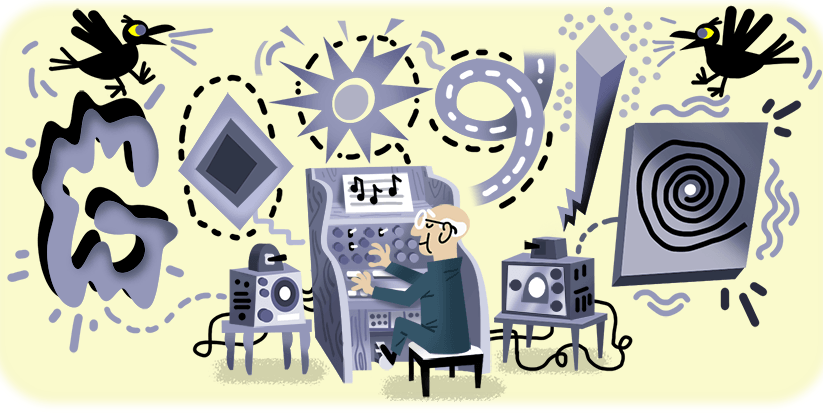 The Google Doodle for today honours the pioneering physicist and composer Oskar Sala, who would have turned 112 years old today. Salas energised the worlds of radio, television, and film with his sound effects on the mixture-trautonium, a musical instrument.

Sala was up surrounded by music and was born in Greiz, Germany, in 1910. His father was an ophthalmologist with musical skill, and his mother sang. At the age of 14, Sala started writing music and songs for the piano and violin.

Sala got intrigued by the tonal possibilities and the technology the trautonium offered when he first heard about it. His studies in physics and composition at school were motivated by his life mission, which was to master and develop trautonium.

Sala created the mixture-trautonium, a unique instrument, as a result of his newfound focus. With his training as an electro-engineer and composer, he produced electronic music that distinguished his style from others. The architecture of the mixture-trautonium is so unique that it can play multiple sounds or voices at once.

Sala created musical compositions and sound effects for numerous television, radio, and film productions, including Rosemary (1959) and The Birds, from behind the door of a recording studio (1962). The device produced noises like bird cries, hammering, and slamming doors and windows.

Sala was awarded in radio and film productions and got multiple honours for his efforts. He also conducted numerous interviews and met many musicians. He gave his initial batch of tautonium to the German Museum for Contemporary Technology in 1995.

The Quartett-Trautonium, Concert Trautonium, and Volkstrautonium were all constructed by Sala. His work in electronic music helped to establish the subharmonics field. He transformed into a one-man symphony because to his commitment and inventiveness.