Wednesday, 8 December 2021
You are here: Home On December 3rd, IMAX will re-release ‘Dune’ 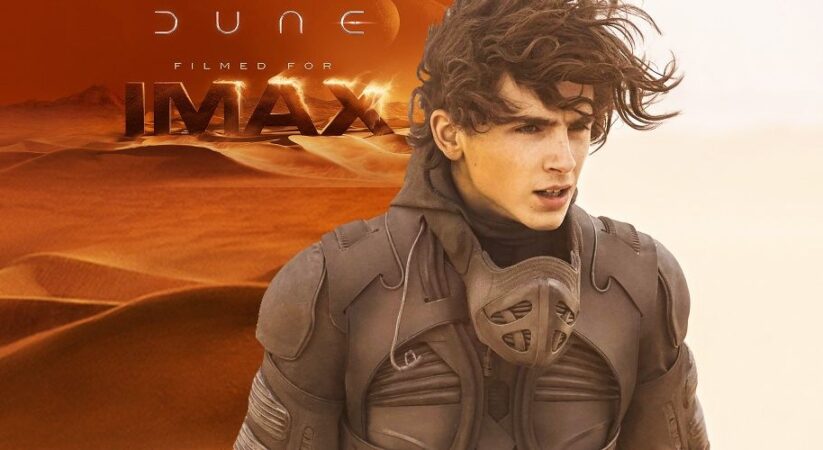 Dune, directed by Denis Villeneuve, is already one of the year’s biggest box office hits, but Warner Bros. is bringing it back to IMAX to enhance its impact. Dune will be accessible in IMAX cinemas for a short time beginning in December, according to Deadline, giving fans to see Villeneuve’s stunning epic in a format that provides 26 percent more picture space than standard widescreen exhibits.

Villeneuve and his crew used IMAX cameras to shoot Dune, capturing scenery and backgrounds with the format’s large screens in mind. As we stated in our review of the film, if you want to properly enjoy Villeneuve’s visual world-building, you need watch it on a screen larger than a television.

Dune hit the $300 million barrier at the international box office in less than three weeks, despite being released simultaneously in theatres and on HBO Max. Dune is predicted to gross $100 million in the United States by Thanksgiving weekend, increasing its worldwide total to near to $500 million. Given that IMAX revenue accounts for 13% of the film’s foreign box office and 20% of its domestic box office, Warner Bros. should strive to milk out a few more million dollars from the adaptation of Frank Herbert’s best-selling sci-fi novel. Furthermore, because Dune is no longer available on HBO Max, the tactic may pay off because seeing the epic in the theatre is the only way to see it.

The success of Dune has already prompted Warner Bros. to approve a sequel. The sequel, titled Dune: Part 2, will start up where the first film left off, adapting the second half of Herbert’s novel. Part 2 is expected to begin filming in July 2022, allowing Villeneuve just over a year to tie things off and release the widely awaited sequel in October 2023.

If you absolutely don’t want to see the movie in theatres, you’ll have additional chances to see it online in the future. Dune premiered on HBO Max on October 21st, the same day the film was released in theatres. According to Warner Bros.’ current distribution strategy, it was only available for a month on HBO Max, but it will be released on other digital platforms beginning December 3rd and will return to HBO Max sometime next year.