Tuesday, 27 September 2022
You are here: Home Neil Peart Dies At 67 From Brain Cancer: He Was Drummer and Lyricist for Canadian Dynamic Stone Titans Rush 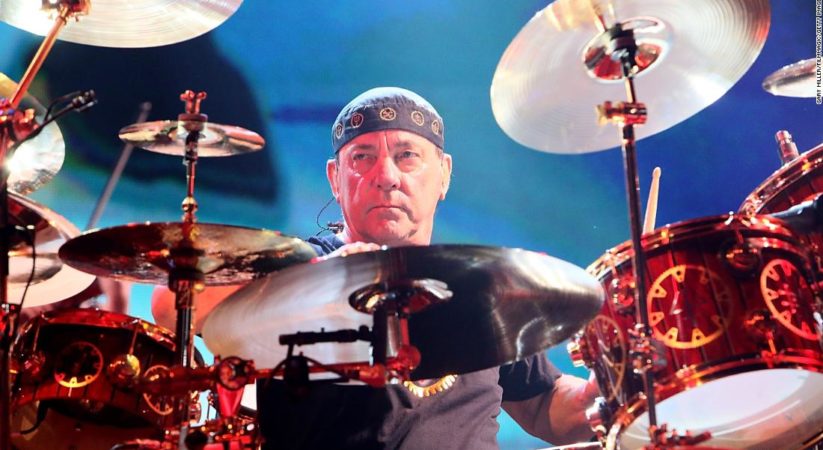 Surge reported on Twitter Friday that Peart kicked the bucket from cerebrum malignancy on Jan. 7 after a “incredibly brave three and a half year battle” with Glioblastoma, a similar sickness that murdered congresspersons John McCain and Edward Kennedy, and Beau Biden, the child of previous Vice President Joe Biden.

“It is with broken hearts and the deepest sadness that we must share the terrible news that on Tuesday our friend, soul brother and band mate of over 45 years, Neil, has lost his… battle with brain cancer (Glioblastoma),” tweeted the official record for Rush, which was made out of Peart, Geddy Lee and Alex Lifeson.

Glioblastoma is one of a few kinds of tumors known as glioma that start in the glial — or gluey — cells that structure the structure of the cerebrum. Glioma is the most widely recognized sort of essential mind tumor, which means tumors that start and by and large remain in the cerebrum. Glioblastoma is the most noteworthy evaluation of glioma, and its most dangerous structure.

Peart was viewed as outstanding amongst other stone drummers, time, close by John Bonham of Led Zeppelin; Ringo Starr of The Beatles; Keith Moon of The Who; Ginger Baker of Cream and Stewart Copeland of The Police.

Surge was among the 2013 inductees into the Rock and Roll Hall of Fame. At the acceptance function, Foo Fighters drummer Taylor Hawkins talked about Rush’s hotly anticipated Hall-of-Fame blessing and Peart’s impact.

“This guy spawned a generation of air drummers for decades to come with his composition, craft and technique. His drumming was songwriting. It was just as musical – just as melodic – as any other instrument in the band, bringing the drums where they (expletive) should be – to the front of every song. But here’s the thing about Neil Peart: not only was he the most (expletive) rippin’ drummer in the world, he wrote the (expletive) lyrics. Who lets the (expletive) drummer write the lyrics??! Rush did, baby!”

Peart was known for his thoughtful – and once in a while quirky – verses that charmed him to an age of high schoolers who grew up ’70s and ’80s – some of them stoners, some of them ordinary players of Dungeons and Dragons.

One of those stoners was future Nirvana drummer and Foo Fighters frontman Dave Grohl.

“It was 1976 when my cool, older stoner cousin gave me my first copy of 2112,” said Grohl, who began writing songs while still behind the Nirvana drum kit, during his Rock Hall of Fame speech. “Upon first inspection, I was fascinated by the track listing. The entire Side 1 was a seven-part suite with roman numerals and names like ‘The Temples of Syrinx’ and ‘Oracle: The Dream.’ This was far from my KISS records, with such works of literature as ‘Love Gun’ and ‘Ladies Room.’ No, this was something else. This was heavy (expletive).”

Following updates on Peart’s passing, sympathies from around the music world began to pour in, including a tribute from Grohl.

“Today the world lost a true giant in the history of rock and roll,” Grohl said in a statement posted on Twitter. “An inspiration to millions with an unmistakable sound who spawned generations of musicians (like myself) to pick up two sticks and chase a dream. A kind, thoughtful, brilliant man who rules our radios and turntables not only with his drumming, but also his beautiful words.”

Grohl included, “(Peart) was called ‘The Professor’ for a reason: We all learned from him.”

Bassist Billy Sheehan expressed, “My deepest and most sincere condolences to Neil’s family and friends, and to Rush fans everywhere. What a brilliant and wonderful man. He left his mark on the world, music, drumming and so much more. With absolute love and Respect, Rest In Peace.”

Questlove, drummer for The Roots, said “All respect due to the legend.”

In their official proclamation, Rush taught those hoping to pay tribute to Peart to “choose a cancer research group or charity of their choice and make a donation in Neil’s name.