Monday, 28 November 2022
You are here: Home Lia Thomas nominated by for NCAA “Woman of the Year” award, according to the University of Pennsylvania 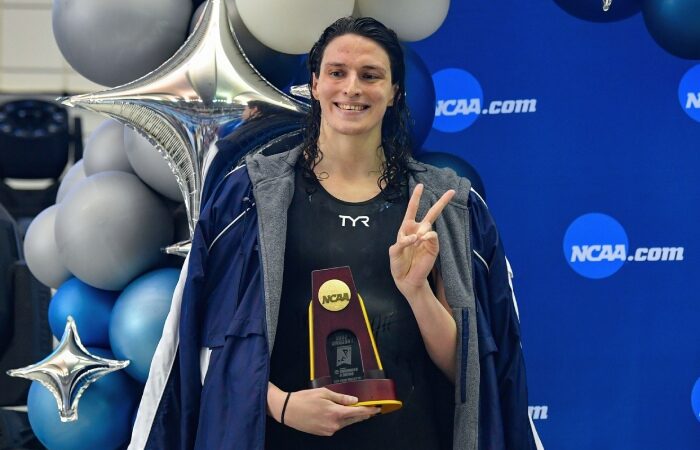 Lia Thomas, a swimmer, was put forth by the University of Pennsylvania for the NCAA “Woman of the Year” honour.

The transgender athlete was put forth by the University of Pennsylvania for the award, which honours female student-athletes, according to a statement from the NCAA.

“Established in 1991, the award recognizes female student-athletes who have exhausted their eligibility and distinguished themselves in their community, in athletics and in academics throughout their college careers,” the NCAA nomination page reads.

According to the release, NCAA member schools “are urged to honour their outstanding graduating female student-athletes by submitting them for the NCAA Woman of the Year Award.”

Following the submission of nominations by member schools, the conference may choose up to two applicants.

On Thursday, Thomas, a former University of Pennsylvania swimmer, won the 500-yard freestyle event at the NCAA Swimming and Diving Championships.

Some claim that because she competes in college women’s swimming, she has an unfair advantage over other athletes, which has sparked a nationwide discussion.

Riley Gaines, a University of Kentucky swimmer who shared fifth place with Lia Thomas at the NCAA swimming championships, stated that the majority of women are unhappy with the direction that female sports are taking.

Gaines stated this on the podcast “Unmuted with Marsha” with Sen. Marsha Blackburn, R-Tenn., “The majority of us female athletes, or females in general, really, are not okay with this, and they’re not okay with the trajectory of this and how this is going and how it could end up in a few years.”

She was making reference to the NCAA’s unwillingness to alter the regulations in order to preserve female sports’ competitiveness.

Iulia Bryzgalova, a tennis player from the University of Pennsylvania, was also a nominee for the award.