Monday, 28 November 2022
You are here: Home Lego is launching an amazing kit based on popular show ‘The Office’ 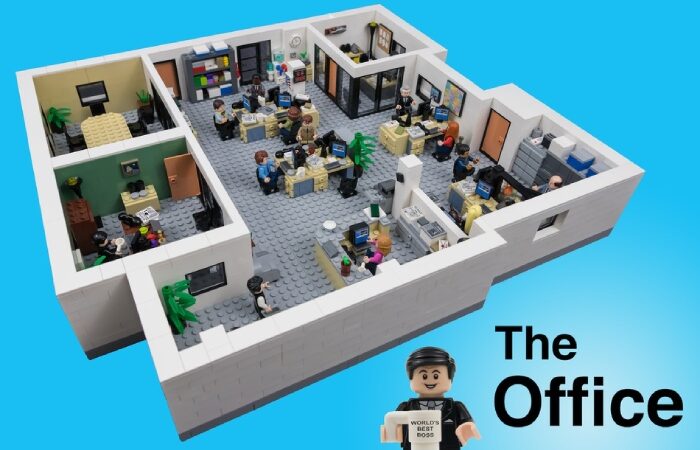 The Office, the popular show, is the topic of one of Lego’s newest crossover sets. Get out your magnifying glass if you’re a fan of the show, and you know there are many of you out there because the set is rife with nods to some of The Office’s most recognized features.

A very realistic copy of the Dunder Mifflin Paper Company offices is featured in the set’s layout, including the conference room, Jim and Dwight’s desks, the front desk, and Michael Scott’s office.

However, if you look a little bit closer (really, that is a 5K image you can download or tap and zoom into above), you’ll just keep seeing things that have been painstakingly replicated in Lego form. The “World’s Best Boss” mug of Michael Scott I can see it. Jello on Dwight’s stapler? Yup. Is Stanley enjoying a pretzel as a snack? Certainly is. That painting hanging over the foyer chair? Like Pam’s watercolour painting of the workplace in Lego form. Even Kevin’s chilli ended up on the floor.

The 1,164-piece set, which has 15 minifigures of some of the most well-known office coworkers from the show, is almost 3 inches high, 12 inches wide, and 10 inches deep. The group is shown in its entirety in the image below. (However, Erin, who was a significant character in later seasons, should have also been included. Andy is reportedly not there because he is out honing his “management skills,” according to Lego.)

Just take in the beauty of these images of the Lego set. It’s delightful how much detail there is. Even more stickers and accessories will be included. Lego’s Chris Perron said in a statement, “We didn’t want to hold back on references.”

After receiving 10,000 votes through the Lego Ideas programme, the set was made into a reality. Jaijai Lewis, the first submitter, has been working on the undertaking since 2014. Prior to its debut on October 1st, it will be exclusively available for preorder on Friday on Walmart’s website in the US and Canada and at Lego.com abroad. (When it goes on sale, you’ll be able to buy it in person at Walmart as well.) Although it costs $119.99, an Office fan might find it to be well worth every Schrute Buck.