Monday, 8 August 2022
You are here: Home Julio Jones signs a one-year contract with Buccaneers as a wide receiver 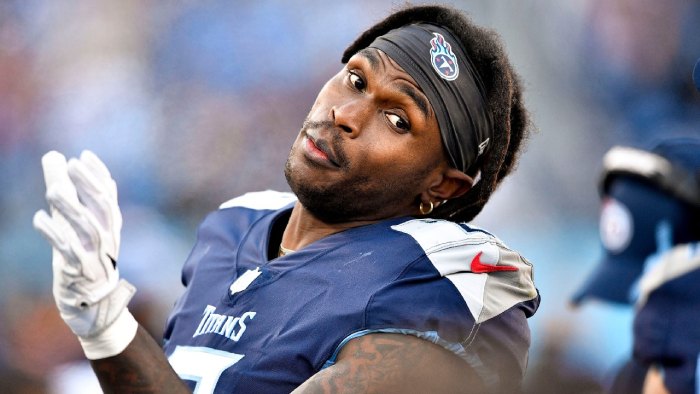 The NFC South will once again welcome Julio Jones.

According to a source, NFL Network Insider Tom Pelissero revealed on Tuesday that the Buccaneers have agreed to a one-year contract with the seasoned wide receiver.

Jones, who played for the Falcons for 10 of his Hall of Fame-caliber seasons, has joined a former foe in Tampa with the hopes of competing for a championship with quarterback Tom Brady, who stole a championship from Atlanta in Super Bowl LI with an incredible comeback.

With Jones in the mix, Brady should be able to keep up his offensive brilliance in Tampa. Jones joins a stacked receiving group for the Buccaneers that also includes Mike Evans, Chris Godwin, and rookie Russell Gage. Jones serves as a form of reinforcement for Godwin, who is still recovering from an ACL tear he sustained late in the 2021 season. Due to the tight end’s retirement this summer, the Bucs also lost Rob Gronkowski.

Jones recently finished a season in Tennessee marred by injuries, recording just 31 receptions for 434 yards and one touchdown in his 10 games. Jones was able to make it back in time for the Titans’ postseason run, recording six receptions for 62 yards during their Divisional Round loss to the Bengals.

After a career-low season in every category, Jones may benefit from a different situation in Tampa. In 2021, the Buccaneers finished second in points scored per game (30.1) and were first in passing yards per game (307.6) in the NFL. In his 22nd NFL season, Brady topped the league in passing yards (5,316) and touchdowns (43) scored.

The most receiving yards (13,330) among active players belong to Jones, a seven-time Pro Bowler and two-time All-Pro. Jones, the all-time leading wide receiver for the Falcons, will be attempting to win the coveted championship ring in Tampa.

Jones was one of the 12 players on Gregg Rosenthal’s Top 101 free agent list for 2022 that were still available.