Friday, 28 January 2022
You are here: Home IIHF has decided to cancel the rest of 2022 World Junior Championships hockey due to COVID-19 cases 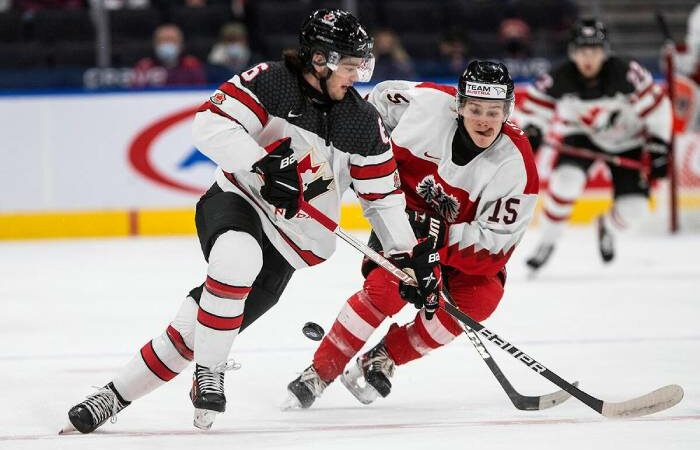 The IIHF stated on Wednesday that the rest of the 2022 World Junior Championship has been cancelled due to an increase in COVID-19 cases among players. Officials from the IIHF met on Wednesday afternoon to explore ways to keep the tournament continuing in the face of COVID concerns, but those in attendance determined that cancellation was the best option. The announcement comes after three tournament games had been cancelled in the last 24 hours due to positive tests. After two players got the virus, the United States forfeited their game to Switzerland on Tuesday, and positive instances led the Czech Republic to forfeit against Finland and Russia to forfeit against Slovakia on Wednesday. “We owed it to the participating teams to do our best to create the conditions necessary for this event to work,” IIHF president Luc Tardif said. “Unfortunately, this was not enough. We now have to take some time and focus on getting all players and team staff back home safely.” The event, according to Tardif, could restart this summer. The tournament was held in Alberta for the second year in a row, but unlike the event in Edmonton in 2021, players and crew were not in a bubble atmosphere that would provide additional protection against the virus. The teams remained in public hotels, and with the extremely contagious omicron strain, even strict adherence to regulations couldn’t completely prevent disease. Several teams mentioned their dissatisfaction with the bubble atmosphere not being as secure as advertised to tournament organisers. Teams in Red Deer was shared by teams, the general public, and a large wedding party. “Since the beginning of the pandemic, we have always made the health and safety of event participants and the community at large a priority, and given the news that we have encountered positive cases within the World Juniors environment, we understand and support the decision to cancel the remainder of the event,” Hockey Canada president Scott Smith and CEO Tom Renney said in a joint statement. “Although we know this is the right decision, we sympathize with all participants who have earned the opportunity to represent their countries on the world stage and that will not be able to realize that dream in its entirety.”