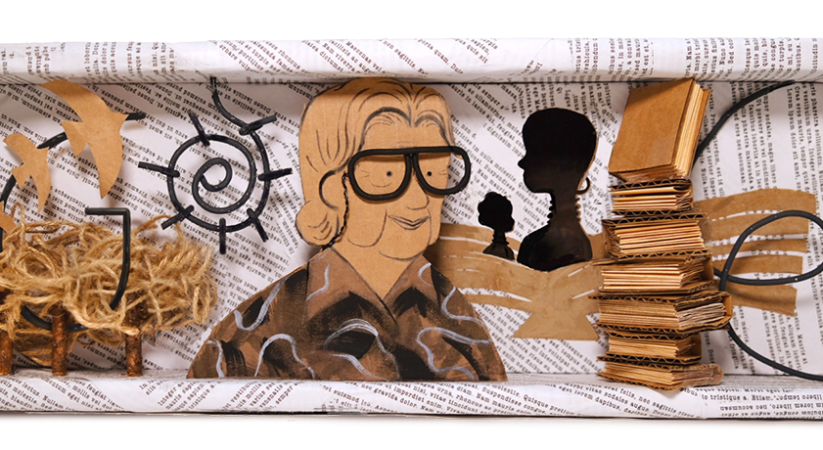 The Google Doodle of today honours the 94th birthday and life of Marjorie Oludhe Macgoye, a novelist and poet of British descent who became recognised as the father of Kenyan writing. She published children’s books, magazine stories, and a wide range of other works in addition to her articles on Kenya’s post-colonial battles.

Academically brilliant since a young age, Macgoye. Her mother, a teacher in Southampton, closely monitored her academic progress. She received numerous scholarships when she was younger and finally enrolled at the University of London’s Royal Holloway College to earn a bachelor’s degree in English. Through the numerous letters she wrote to her parents during this time, she discovered her love for writing. Later, Macgoye pursued a master’s degree in English with a focus in poetry at Birkbeck College.

Macgoye relocated to Kenya soon after graduation, where he later acquired citizenship in 1954. This occurred at a time when there was political unrest and colonial conflict. She frequently organised literary initiatives to teach women how to read and write. Additionally, Macgoye got interested in social activity, giving lectures and participating in national debates about women’s issues.

She completely shifted her attention to writing in 1983. She produced a variety of works about Kenyan life, including poems, novels, children’s books, magazine stories, academic essays, and historical pieces. Her best-known novels include Coming to Birth (1986), which won the Sinclair Prize for fiction, Murder in Majengo (1972), The Present Moment (1987), and Murder in Majengo. The mixed-media artwork of today depicts Macgoye with her books, Kenyan scenery, and the ladies who influenced her.