Thursday, 18 August 2022
You are here: Home ‘Emily in Paris’ series renewed for seasons 3 and 4 at Netflix 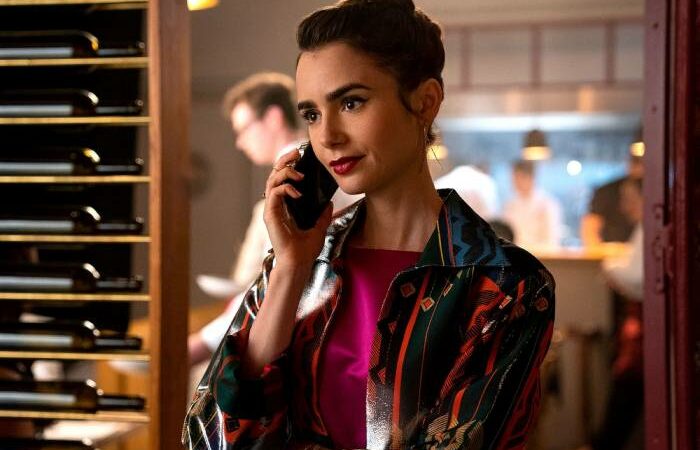 The series was also the most popular comedy series on the streaming service in 2020, with 58 million households watching the first season in its first month.

Emily (Lily Collins), a driven twenty-something marketing executive from Chicago, is abruptly sent to a job in Paris after her employer acquires a French luxury marketing firm. She is given the duty of redesigning the company’s social media strategy, and she begins a new life in Paris full of experiences and obstacles as she juggles winning over her colleagues, meeting friends, and navigating new romances. Emily travels from Paris to the French Riviera, including Saint-Tropez, in Season 2.

After landing her dream job in Paris, Collins’ titular character, an ambitious marketing executive from Chicago, is followed in Emily in Paris.

Season two finds her more clearly entrenched in life in Paris, and she is improving her navigational skills but still grappling with the quirks of French life. Emily is determined to focus on her profession, which is becoming more complicated by the day, after stumbling into a love triangle with her neighbour and first true French friend. She meets a fellow expat in French class who both irritates and intrigues her.

The next season will be shot in the spring or summer at the Paris Studios on the outskirts of the French city. Other locations, such as London, are being investigated.

“Emily in Paris” even overtook “Grey’s Anatomy” and “Criminal Minds” on Nielsen’s list of the top 10 most-watched streaming shows for the week following its premiere. Two Emmy nominations for Outstanding Comedy Series and Outstanding Production Design for a Narrative Program were also given to the show.

Star, whose credits include popular shows like “Sex and the City,” “Beverly Hills, 90210,” and “Melrose Place,” is set to conclude production on his new Netflix comedy “Uncoupled” later this month and then devote himself to creating Season 3 of “Emily in Paris.”

The series has been panned for its stereotypical and idealised depiction of France, with French minister Jol Giraud mocking a scene in which Emily travels by train to Saint-Tropez, while the second season also enraged the Eastern European community with its depiction of Petra, a Ukrainian shoplifter, which was deemed offensive by the country’s culture minister Oleksandr Tkachenko.