Sunday, 24 October 2021
You are here: Home Demi Lovato declares new album ‘Dancing With the Devil… The Art of Starting Over’ 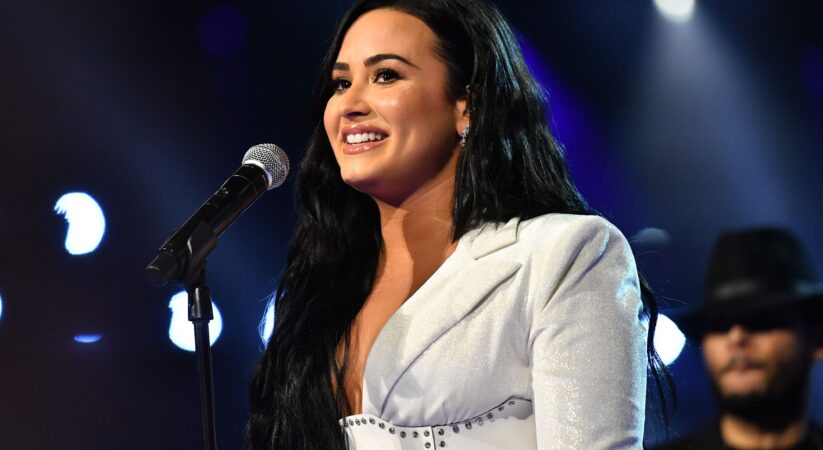 A new album from Demi Lovato is coming one month from now.

During a livestream on Clubhouse Monday night, Lovato uncovered that her first collection since 2017 is named “Dancing With the Devil… The Art of Starting Over,” and will release on April 2.

Lovato clarified that the first title was only “The Art of Starting Over,” but she then decided to give it a double title to reflect the importance of her upcoming documentary, “Dancing with the Devil.”

“If you listen to it track by track, if you follow the track listing, it’s kind of actually like the non-official soundtrack to the documentary. Because it really does follow my life over the past couple of years,” Lovato said. “When we went through the track listing and kind of mapped out how it kind of coincided with my life’s story, it made sense to add the more emotional stuff in the beginning and then transition into ‘The Art of Starting Over.’”

Lovato depicted the album as a mashup of genres, including country, R&B and ’90s pop. She additionally revealed that the album will contain 19 tracks, with three extra tunes, and prodded three coordinated efforts on the record (one of which may be Ariana Grande).

The news comes the night prior to her new tell-all documentary, “Demi Lovato: Dancing With the Devil,” is set to debut at the SXSW Film Festival. The documentary — which centers around Lovato’s struggle with addiction, especially her 2018 overdose — will likewise be accessible as a four-section arrangement on YouTube on March 23.

In the trailer for the documentary, released Feb. 17, Lovato uncovered that she endured three strokes and a respiratory failure after the 2018 excess.

“I’ve had so much to say over the past two years wanting to set the record straight about what it was that happened,” Lovato says in the trailer. “I’ve had a lot of lives. Like my cat, you know? I’m on my ninth life.”

“Dancing With the Devil… The Art of Starting Over” will be Lovato’s first album since 2017’s “Tell Me You Love Me.” However, Lovato has released several singles in the meantime, including “What Other People Say” with Sam Fischer, “Monsters” with Blackbear and All Time Low, “OK Not to Be OK” with Marshmello and “Commander In Chief.”

See the album art for “Dancing With the Devil… The Art of Starting Over” below.