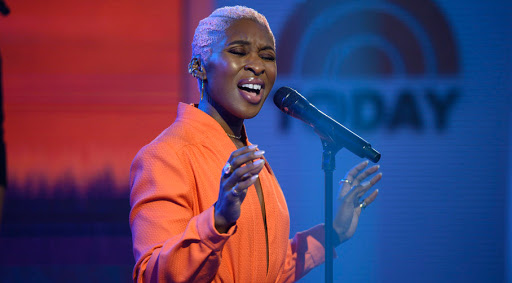 Singer, songwriter, and actress Cynthia Erivo has reported her presentation collection: Ch. 1 versus 1 shows up September 17 by means of Verve. Today, Erivo shares lead single “The Good,” alongside a music video directed by Mollie Mills. The clasp was inspired by Black queer love, intimacy, and breakups. See it below and scroll down for the LP art and tracklist.

“I wanted to normalize seeing Black women in a relationship on screen, because often it’s really fetishistic,” Erivo said of “The Good” music video in a press release. Erivo describes the track, which she co-wrote, as a “joyful breakup song.”

Ch. 1 versus 1 was written and recorded over the last two years. It features co-writing and production from Jamie Hartman, Sean Douglas, Kaveh Rasteghar, Shakka Phillip, Harold Lilly, and Jack Splash, among others. The album is executive produced by Will Wells. “In storytelling, chapter one and verse one is the way you always begin, and because I believe I’m a storyteller, that’s what I wanted to do with my music,” Erivo said. “That’s what this is about, just starting [and revealing] the human parts of me that you don’t often get to see.”

Cynthia Erivo arecently portrayed Aretha Franklin in National Geographic’s TV series Genius: Aretha. At the 2020 Academy Awards, she performed “Stand Up” from the film Harriet. She was additionally nominated for Best Actress for her portrayal of abolitionist Harriet Tubman in the picture.