Monday, 28 November 2022
You are here: Home Children`s Day 2022 : Kolkata`s Shlok Mukherjee is winner of the 2022 Doodle for Google competition in India 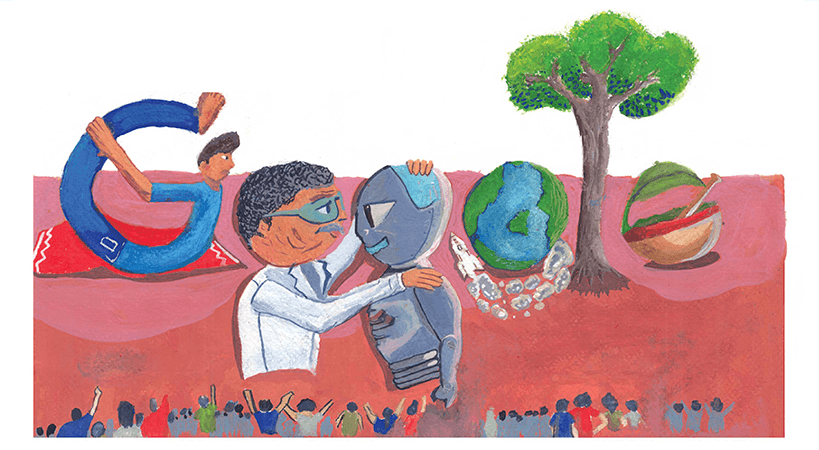 Shlok Mukherjee of Kolkata, West Bengal, has been named the winner of the 2022 Doodle for Google contest in India. The headline of his intelligent and motivational Doodle was “India on the center stage.” Today, November 14, Shlok’s doodle will be featured on Google.co.in for a full day.

In the next 25 years, scientists in my India will create their own environmentally friendly robot for the sake of humanity, Shlok writes about his doodle. India will frequently travel between the stars, departing from Earth. In the upcoming years, India will grow stronger and continue to advance in the fields of yoga and ayurveda.

“We were amazed by the creativity and imagination students brought to their entries, and were especially heartened that the advancement of technology and sustainability emerge as common themes across many of the doodles,” the page for the Google Doodle adds.

Neena Gupta, an actor, producer, director, and TV personality, Kuriakose Vaisian, Slayypoint, Alika Bhat, a creator on YouTube, and the Google Doodle team made up the judging panel for the Doodle for Google contest.

The Doodle for Google competition strives to foster young people’s curiosity and creativity, and we are always moved by the incredible talent present across.