Saturday, 13 August 2022
You are here: Home At ABC, ‘Call Your Mother’ canceled after 1 season 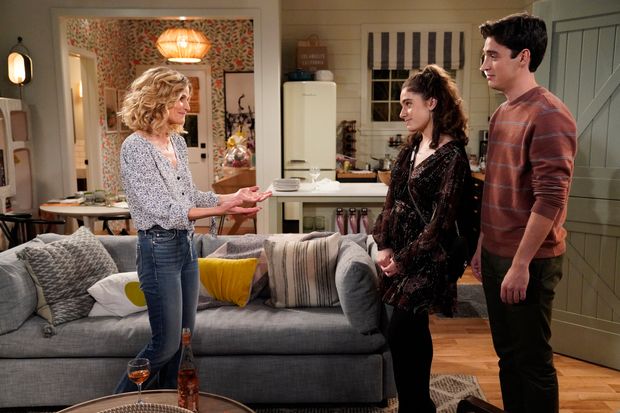 “Call Your Mother,” starring Kyra Sedgwick, Rachel Sennott and Joey Bragg, won’t get a sophomore season. ABC has pulled the multi-cam family sitcom, which debuted this previous January. It was created and executive produced by Kari Lizer, who is most popular for creating and executive producing “The New Adventures of Old Christine” for CBS.

Sedgwick made the declaration Friday via social media. “Before it goes out there in the world I want my fans to be the first to know that next Wednesday will be the last episode of ‘Call Your Mother,’” she wrote on Twitter. “You guys have been so wonderful to tune in every week, or every other week or every two weeks! The rollout was nuts!”

The show centers on Midwestern empty-nester Jean Raines (Sedgwick), who wonders how she wound up alone while her kids carry on with their best lives a great many miles away in Los Angeles. She chooses her place is with her family and as she reinserts herself into their lives on the grounds that the abrupt loss of her husband has left her a tad neurotic with when it comes to worrying about the well-being of the people she loves. Her children acknowledge they may really require her more than they suspected.

The role marked a return of ABC for Sedgwick, who recently starred in the network’s drama series “Ten Days in the Valley.” Her most popular television credit is TNT’s “The Closer,” on which she featured for seven seasons.

Sony Pictures Television and ABC Studios produced the series. Tim Kaiser and Pamela Fryman executive produced close by Lizer, who has a general arrangement at Sony.