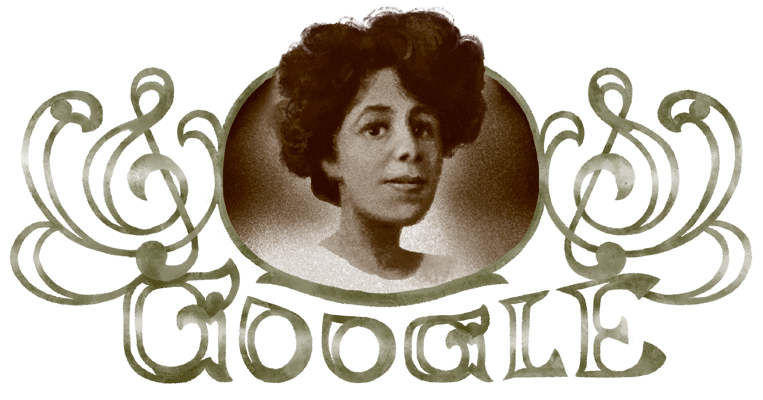 Today’s Doodle honours Amanda Aldridge, a British composer, teacher, and opera singer who performed in the 19th and 20th centuries under the alias Montague Ring.

She released over thirty songs and dozens of instrumental tracks under the pseudonym Montague Ring.

On this day in 1911, Amanda Aldridge delivered a piano recital at Queens Small Hall, the original home of the BBC Symphony and London Philharmonic Orchestras, London’s pre-war major musical venue.

Who was Amanda Aldridge?

Amanda Aldridge was a British opera singer, instructor, and composer who lived from 1866 to 1956.

Amanda Aldridge was born in 1866 in London, the daughter of Ira Aldridge, a Black American Shakespearean actor and Swedish opera singer.

Her father, the African-American Ira Aldridge, was a well-known Shakespeare actor who was called the “African Roscius” when he first played as Othello at the Royalty Theatre in London in 1825.

Her mother was a Swede named Amanda Brandt, and her sisters were Rachael and Luranah Aldridge, a great operatic contralto who was on the verge of becoming the first artist of African descent to appear at Bayreuth Opera House before sickness forced her to cancel. Ira Daniel Aldridge and Ira Frederick Aldridge, a pianist, were their other brothers. They, like their sister Luranah, died terribly young.

Amanda Aldridge studied the Royal College of Music, where she studied composing and singing with Jenny Lind, who was notably represented in the musical film The Greatest Showman, and Frederick Bridge, among others.

Aldridge pursued a career as a vocalist at London’s Royal Conservatory of Music after demonstrating her own musical aptitude at a young age. Aldridge’s singing career was cut short due to a throat injury, but her abilities as a vocal coach, pianist, and composer only grew.

Muriel Smith sang Montague Ring’s “Little Southern Love Song” on the British show ‘Music For You’, where Aldridge made her first television appearance at the age of 88. She died in London on March 9, 1956, a day before her 90th birthday, after a brief illness.