Saturday, 4 February 2023
You are here: Home According to new guidelines, the duration of sleep important for heart health 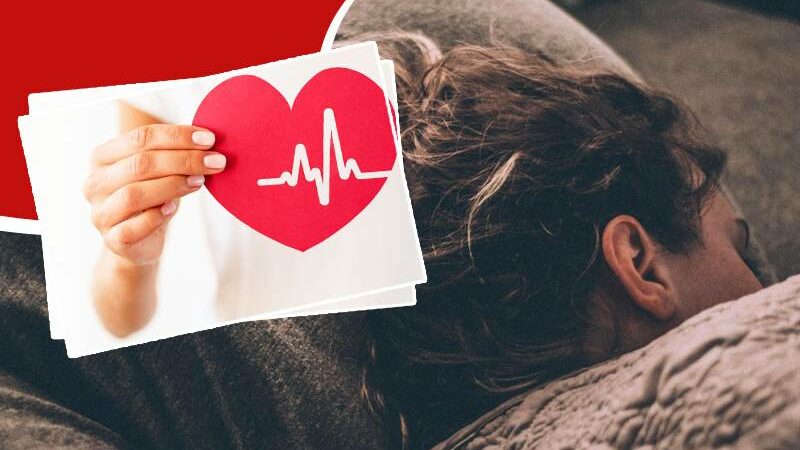 Here’s one more justification to get enough sleep: it might improve the condition of your heart.

The revamped list replaced the organization’s “Life’s Simple 7” quiz, which had been in use since 2010, and was released on Wednesday in Circulation, a peer-reviewed publication of the AHA.

According to the AHA’s chief medical officer for prevention, sleep duration topped the list after researchers looked at recent scientific advances that showed sleep was crucial for heart health.

People who don’t get enough sleep are more likely to develop conditions like obesity, hypertension, and diabetes, the officer said.

Adults should receive seven to nine hours of sleep every night, according to a clinical associate professor.

However, according to Sleep Medicine, people must have quality sleep to benefit from it.

According to professor, a person experiences many cycles of non-REM and REM (rapid eye movement) sleep. According to him, there are three stages of non-REM sleep, the third of which is deep sleep, which heals the body both physically and emotionally.

According to professor, if you keep waking up, you won’t be able to enter those deeper stages. According to him, this can result in raised blood pressure and blood sugar levels, which are linked to diabetes and obesity. According to the professor, these factors lower heart health and raise the possibility of developing heart failure.

The categories of nutrition, nicotine exposure, blood lipids, and blood glucose were among several others that experienced changes.

According to the medical officer, the AHA has developed a new method to evaluate how well people are eating.

“We are recommending a 16-item questionnaire that can be used at regular intervals to assess healthy dietary habits that focuses on weekly amounts of food,” he said.

Although cigarette smoking was once the main source of nicotine exposure, Sanchez noted that secondhand smoke and vaping are now also included.

Instead of total cholesterol, non-HDL cholesterol will be used to assess blood lipids. According to the US Centers for Disease Control and Prevention, high levels of high-density lipoprotein, or “good” cholesterol, can reduce your risk of heart disease and stroke.

According to the CDC, measuring blood glucose levels now includes haemoglobin A1c readings, which track a person’s blood sugar levels over the past three months. The test is frequently used to diagnose diabetes and prediabetes as well as for patients who are managing their diabetes.