Saturday, 4 February 2023
You are here: Home Will Hardy agrees 5-year deal to become the Utah Jazz’s next coach 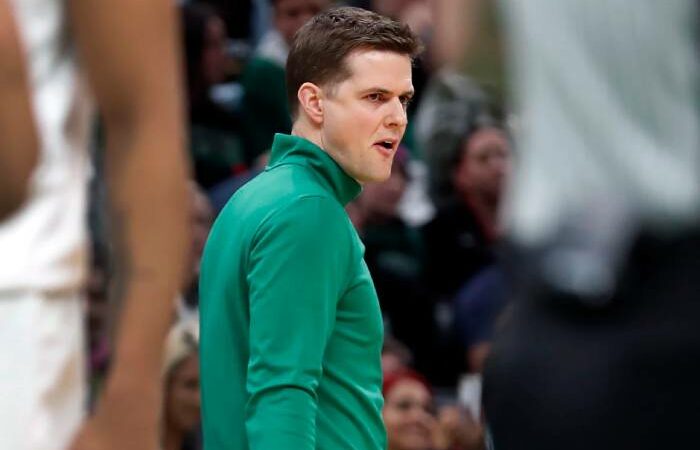 Will Hardy and the Utah Jazz have reached an agreement in principle on a five-year contract that will make the former assistant coach for the Boston Celtics the team’s new head coach, sources informed.

Hardy, 34, will be the NBA’s youngest head coach currently in service.

Quin Snyder, who resigned earlier this month, was replaced by The Jazz after a thorough search that included at least 15 applicants, under the direction of new CEO Danny Ainge. In his eight seasons with Utah, which has a current six-year postseason streak but hasn’t progressed past the Western Conference semifinals in that time, Snyder had a 372-264 record after taking over a rebuilding squad.

Hardy worked as an assistant coach with the Celtics for one season under Ime Udoka, assisting Boston in reaching the NBA Finals.

Sources tell Wojnarowski that David Fizdale has decided to accept the position of assistant general manager with the Jazz.

Fizdale will transition into management and collaborate closely with Ainge and GM Justin Zanik after 18 seasons as an NBA head coach and assistant coach.