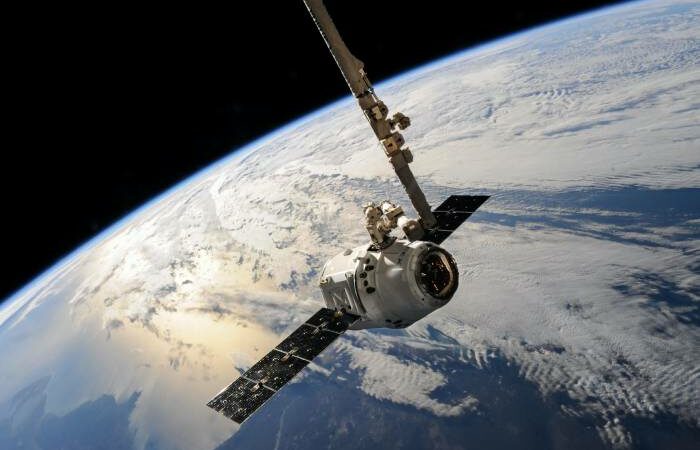 Low Earth orbit (LEO) is exactly what it sounds like: an orbit around the Earth with an altitude that falls towards the bottom of the range of conceivable orbits. This distance is approximately 1,200 miles (2,000 kilometres). The International Space Station, as well as the bulk of satellites, are located in LEO (ISS).

A satellite must move at roughly 17,500 miles per hour (7.8 kilometres per second) to stay in this orbit, which takes around 90 minutes to complete an orbit of the planet.

Orbits are possible because of gravity, which is the same force that keeps humans to the planet’s surface. If gravity didn’t exist, we’d float off into space, and a satellite would fly off on a tangent if it didn’t have that force to keep it going around the Earth.

This does occur in the case of a spaceship travelling at a high rate – faster than the Earth’s escape velocity of 25,000 mph (11.2 km/s). If an object moves much more slowly, such as Blue Origin’s suborbital rocket New Shepard, it will fall back to Earth just as quickly as you do when you leap into the air.

The speed at which the force of gravity prevents an object from flying off at a tangent is 17,500 mph (7.8 km/s). As a result, an object travelling at this speed will just go around in circles on the Earth. This is a horizontal speed that is parallel to the planet’s surface.

If you’ve ever observed a space launch, you know that rockets usually launch straight up vertically. But that’s because they need to climb as far as possible above the atmosphere — or at least the majority of it — to avoid drag forces. However, once they are above the atmosphere, they begin to move horizontally. A satellite is officially in orbit when it reaches orbital speed.

The LEO regime, which is just above the Earth’s atmosphere, has an orbital speed of 7.8 km/s (17,500 mph). The speed required to keep a satellite in orbit changes as it rises in altitude. In fact, as you get higher in height, this decreases.

This does not, however, imply that a rocket must consume less energy to place a satellite in a higher orbit. This is due to the fact that merely getting to that greater altitude requires a significant amount of energy. One of the reasons most satellites are put in LEO is the extra effort required to reach higher altitudes, as well as other factors such as the greater resolution views Earth-observing satellites can obtain from closer range.

However, there is one high-altitude orbit that is well worth the extra effort to reach: Geosynchronous orbit (GEO).

This means that a satellite at that altitude virtually hovers over a single point on the Earth’s surface, making it ideal for satellite television and other communications systems.

Satellite orbits normally take the shape of an ellipse, with the main and minor axes being the length and width of the elliptical, respectively.

The orbit is a perfect circle, which is essentially a specific instance of an ellipse, when these two axes are of equal size. The majority of satellites have almost circular orbits, but in a few circumstances, the ellipse can be significantly longer, with the major axis being much longer than the minor axis.

The most common sort of orbit is LEO, but it isn’t the only one; here are a few more.