Thursday, 2 February 2023
You are here: Home What each streaming service will be offering in 2023 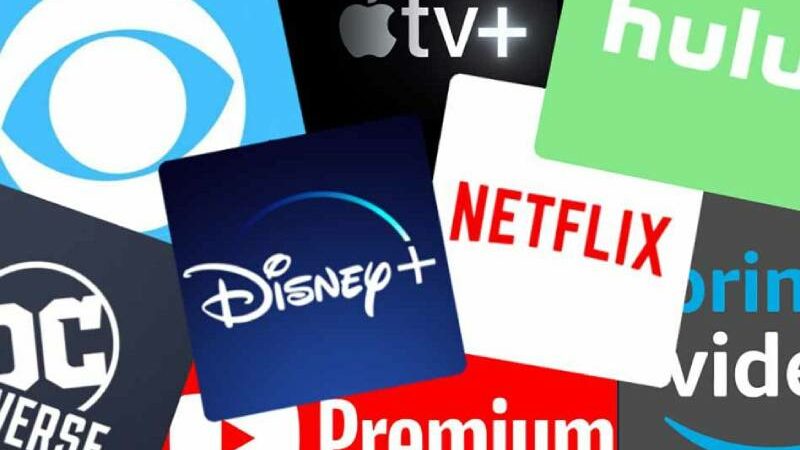 With the introduction of ad-supported tiers, new live sports deals, critically acclaimed original series, and other innovations in 2022, major streaming services have raised their game. Media companies are forced to raise stakes as the streaming wars continue to escalate. What SVOD (subscription video-on-demand) streaming services have planned for the coming year and beyond includes everything from the merged HBO Max/Discovery+ streaming service to Netflix’s password-sharing service.

What HBO Max and Discovery+ have planned for 2023

Discovery acquired WarnerMedia earlier this year to form Warner Bros. Discovery (WBD), which has since grown to become one of the largest media companies in the United States.

HBO Max and Discovery+ will merge in 2023, as TechCrunch has reported numerous times. WBD will launch a merged streaming service in the spring that will combine HBO originals and Warner Bros. films with Discovery+’s content library of unscripted shows, documentaries, and other content. Over 100 brands, including CNN, TBS, TNT, TruTV, Cartoon Network/Adult Swim, Food Network, TLC, HGTV, ID, Animal Planet, and many others, will be available to subscribers in total.

The streaming service, which will reportedly go by the name “Max,” will first launch in the United States before expanding to Latin America and then Europe in 2024. There will be both an ad-supported and an ad-free option; however, the ad-free option is likely to be more expensive than HBO Max’s premium plan, which currently costs $14.99 per month.

In the streaming wars, “Max,” or whatever the company decides to call it, will be a major contender. At the end of the third quarter of 2022, HBO, HBO Max, and Discovery+ had a total of 94.9 million subscribers worldwide.

In addition, WBD is busy planning a free ad-supported streaming (FAST) service to keep up with Peacock, Pluto TV, Tubi, and Amazon Freevee, among others, in the FAST market.

Over a dozen HBO originals have recently been removed from HBO Max and will soon be available on third-party streaming services. This includes “Westworld,” “The Nevers,” “Raised by Wolves,” “Made for Love,” “Minx,” “Finding Magic Mike,” “Head of the Class,” “FBOY Island,” “Legendary,” “Gordita Chronicles,” and “The Garcias.”

What Netflix intends to do in 2023

Netflix had a wild 2022. The company introduced its ad-supported tier, which costs $6.99 per month, allowing customers to save money on their streaming habits. The move confirms a current industry trend: ad-supported video on demand (AVOD) is gaining popularity. J.P. Morgan analyst Doug Anmuth predicts that Netflix’s “Basic with Ads” plan will have 7.5 million domestic subscribers in 2023.

The number of Netflix subscribers increased by 2.41 million in the third quarter of 2022, bringing the total to 223.09 million. In the past, the business had two difficult quarters, during which it lost 1.2 million global subscribers.

The streamer has three notable projects planned for 2023 and beyond, according to our knowledge.

Netflix will launch an “Extra Members” feature to monetize password sharing at the beginning of 2023. Members of an account will be required to pay an additional fee in order to add a sub-account for users who share the streaming service.

A live streaming feature will also be available on the streaming service in the coming year. Chris Rock will be the first to test the feature for his upcoming comedy special. The streamer might be able to draw in new subscribers with live content.

The company will keep investing in gaming beyond next year. Netflix VP of Gaming Mike Verdu revealed at TechCrunch Disrupt 2022 that a cloud gaming service is on the way. Given that the global market for cloud gaming generated $1.6 billion in revenue in 2021, this is Netflix’s smart move.

In a similar vein, Netflix may venture into PC gaming as it seeks to hire a game director to oversee the launch of a AAA PC game.

Netflix’s collection of mobile games continues to grow. Netflix will have released 50 mobile games as of 2023.

Looking back on 2022, many significant shifts occurred for Disney+, such as the introduction of its ad-supported tier and the unexpected return of Bob Iger as CEO.

However, the launch of the advertisement has one major issue: Roku devices can’t use Disney+ Basic. TechCrunch makes the speculative assumption that Disney and Roku will reach an agreement to change that in late 2023.

The streamer changed the Disney Bundle and raised the price of its ad-free plan in conjunction with the launch of the brand-new Disney+ subscription plan.

Bob Iger, the company’s former CEO, took over from Bob Chapek as CEO in November 2022. Iger had last held the position in 2021. Iger should be able to assist the business in becoming profitable by the company’s fiscal 2024. Disney’s direct-to-consumer division lost $1.5 billion in revenue in Q4 2022 while Chapek was still CEO.

Disney+ intends to expand internationally in 2023 to 30 additional nations, bringing the total to over 160 nations. The streamer went live this summer in 42 nations and 11 territories.

Additionally, Disney+ will be the only international destination for brand-new “Doctor Who” episodes beginning next year.

Disney+ subscribers will have access to an exclusive shopping experience, which will be a significant addition to the streaming service. Users can purchase merchandise from Disney-owned brands like Star Wars, Marvel, Disney Animation Studios, and Pixar through the online shop, which is currently in the testing phase. A similar membership program to Amazon Prime is also reportedly being considered by the business, according to reports. The launch dates for either feature are currently unknown.

A streaming service owned by Disney, didn’t do much this year besides complain about price hikes and lose titles to Peacock, a rival service. However, the streamer received 58 nominations for Emmy Awards. Hulu is additionally starting 2023 with 47.2 million supporters.

You are aware that Disney is anticipated to acquire Comcast’s stake in Hulu by the end of 2024 if you have been following the Disney/Comcast drama. Disney owns 66%, while Comcast owns 33%. However, while Chapek was still CEO, he mentioned in an interview with Variety that Disney might buy the rights sooner, possibly in 2023. According to Chapek, this is contingent on whether Comcast “is willing to have discussions that would bring that to fruition earlier.”

Disney may be planning to combine Hulu, Disney+, and ESPN+ when it acquires Comcast’s stake in Hulu, either in 2023 or 2024. Are you familiar with the terms “soft bundle” and “hard bundle”? The soft bundle is when you can get all three services for a low price of X. The hard bundle is when everything works together seamlessly. You must currently switch apps in order to move from Hulu to ESPN+ to Disney+ at the moment. We might have less friction in the future,” Chapek told Variety.

What Amazon Prime Video plans to do in 2023

Prime Video had a successful 2022. It became the exclusive home of the NFL’s “Thursday Night Football,” with 15.3 million people watching the first game. Its spinoff “The Lord of the Rings” was the most watched show in the world, with over 100 million people watching it. The Chronicles of Narnia: A second season of “The Rings of Power” has been confirmed.

It’s safe to say that over the next few years, Amazon will continue to make significant investments in content. For example, the streaming service continues to invest in live sports. The company will host an exclusive NFL Black Friday game in 2023, the league’s first Black Friday game.

Bloomberg reports that Amazon may also take a chance with theatrical movies. According to the publication, Amazon may begin investing more than $1 billion annually in the production of 12 to 15 films that will first screen in theaters before making their way onto the streaming service. Since the company has not yet invested this much in original films, this would be a significant and costly gamble.

The streamer is working on a number of original series, including the limited series “Blade Runner 2099,” a live-action “God of War,” and even at least one “Warhammer 40,000” game in which “Man of Steel” actor Henry Cavill will play the lead role.

Regarding DC actors, Amazon and Warner Bros. have reached an agreement to create animated DC series for Prime Video. Channing Dungey, Chairman of Warner Bros. Television Group, stated, “We are in the process of closing a big deal with Amazon that’s going to feature some of our DC branded content in animation” at the Content London conference. It is notable that HBO Max will share intellectual property, particularly DC content, which will likely accelerate Prime Video subscription growth.

We wouldn’t be surprised if Prime Video thought about launching a less expensive ad-supported tier as more SVOD streaming services switch to AVOD. Amazon might reap significant benefits from such an offering. In 2023 alone, it is anticipated that Netflix will make $600 million from advertising sales.

Since Amazon already operates an ad-supported service called Freevee, the move makes sense. What Apple TV+ plans for 2023 Apple TV+ announced its first foray into live sports this year. The company also announced in May that it is testing an ad format called virtual product placement. In 2023, Apple TV+ is likely to follow suit, as we anticipate.

Apple TV+, a rival to Amazon, would greatly benefit from an ad-supported tier. Apple TV+’s monthly or annual subscription cost has recently increased to $6.99.

What Paramount+ intends to do in 2023

Paramount+ ended 2022 with 46 million global subscribers, primarily as a result of its new partnership with Walmart+, which reportedly has 16 million subscribers, and its premium subscription offerings on YouTube and The Roku Channel. More recently, when Sylvester Stallone’s latest hit series “Tulsa King” premiered in November, Paramount+ reported a record number of subscribers.

By 2024, Paramount+ intends to have 100 million subscribers and spend $6 billion on streaming content, up from $2 billion in 2022. It also intends to expand its international expansion, which will include 150 original international titles by 2025.

With movies like “Top Gun: The Conclusion,” which have big budgets, The streamer will likely see significant subscriber growth in 2023 if Maverick” and Paramount+ continue to rely on well-known IP. Additionally, Paramount+ recently introduced an in-app Showtime bundle that provides subscribers with additional content.

Nonetheless, a merger between Showtime and Paramount+ is likely imminent. Bob Bakish, CEO of Paramount Global, confirmed that internal merger discussions had taken place at Goldman Sachs’ Communacopia + Technology Conference. Although no decision has been made yet, the best course of action for the business would be to incorporate Showtime into Paramount+.

Paramount+ is also going to see a price increase in the future. Naveen Chopra, Paramount Global Executive Vice President and Chief Financial Officer, stated on the earnings call for the third quarter that “opportunities to increase price on Paramount+” are to be anticipated.

What Peacock intends to do in 2023

Peacock scored a significant victory in 2022 when it doubled the number of paid subscribers it had to 18 million in just this one year. This was primarily due to the removal of NBC and Bravo next-day episodes from Hulu earlier this year. Additionally, Peacock streamed all World Cup games in Spanish.

Peacock will premiere the “John Wick” prequel series “The Continental” in 2023, in addition to original series like “Poker Face,” starring Natasha Lyonne from “Russian Doll.” The streamer also recently announced that its first original adult animation series, “In the Know,” will star actors Zach Woods from “Silicon Valley” and Mike Judge from “Beavis and Butt-Head.”

Peacock will be JetBlue’s exclusive streaming partner beginning in 2023, a significant agreement that will expand JetBlue’s service to more subscribers.

Peacock’s future looks bright, but some non-paying subscribers may be very disappointed in the next year or later. Jeff Shell, CEO of NBCUniversal, stated that the company intends to convert Xfinity customers into paid Peacock subscribers “at some point.” As a result, Comcast Xfinity cable and internet customers may no longer be eligible for the streaming service as a free benefit. Peacock’s decision to make this move would, however, make sense given that the streaming service provides free access to 30 million active users on a monthly basis.