Wednesday, 30 November 2022
You are here: Home Vivo launches the V23 Pro, a ‘color-changing’ smartphone with a dual-camera notch 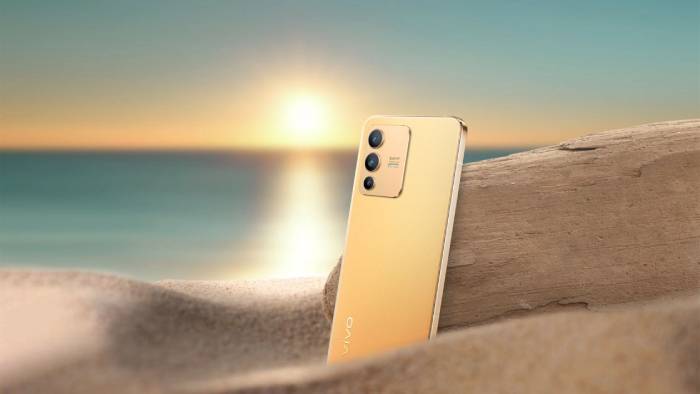 The V23 and V23 Pro are the latest phones in Vivo’s popular V series, which is very popular in India and other Asian nations.

The Sunshine Gold model’s ‘color-changing’ exterior, which appears to change colours fully when exposed to sunshine, is the most remarkable feature. The material took two years to research and develop, according to Vivo, and if you leave it in the sun for thirty seconds, it will become blue-green before gradually returning to its original gold colour.