Saturday, 4 February 2023
You are here: Home Toyota is currently offering to buy back recalled bZ4X EVs 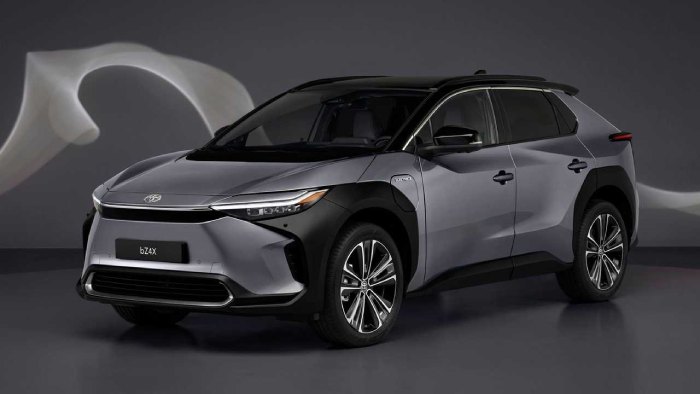 Even though the Toyota bZ4X is brand new and has just recently hit the streets, the EV already faces a significant problem. Toyota issued a warning to owners of its new electric crossover in June, advising them to park the vehicle because sudden acceleration or fast turns could loosen the hub bolts, increasing the risk that a wheel could come off. The carmaker is currently notifying owners of the following steps in letters, and it looks that Toyota is now prepared to begin purchasing back bZ4Xs from unsatisfied customers.

According to Electrek, Toyota wrote letters to customers instructing them not to drive their cars any more. Additionally, the carmaker provided affected owners with a number of solutions, such as reimbursements if the car was fully paid for, ongoing use of a loaner car and storage of the bZ4X, free charging, and extensions of factory warranties.

If none of those proposals are satisfactory, Toyota is prepared to buy back harmed bZ4Xs. The state and the specifics of each sale determine the terms and conditions of the buyback offer. Because the bZ4X is such a novel and well-known vehicle, it is important that the automaker is pushing to make the repurchase offer. The fact that it is Toyota’s first dedicated EV makes the wheels coming off considerably worse than it would be for a less unique car.

Toyota has so far only released a small number of bZ4Xs into the open market; buybacks can cost automakers billions of dollars. The auto market is in a strange place right now, which puts owners in a difficult position. Many owners may see buybacks as their final resort because they have few other options for a similar replacement. Some people even paid dealer markups to purchase a bZ4X, and there are tales on forums of customers asking Toyota for a refund for the excess.

Since it has many similarities to the bZ4X, the Subaru Solterra is included in this recall as well. That’s less of an issue because none of those automobiles have yet been delivered in the United States.

However, there are many customers who have placed orders for the EV, so it’s unclear what will happen to their reservations. It’s also unclear at this time whether the related Lexus RZ would have a recall of its own. Toyota will certainly work frantically to find a solution to the issue.