Monday, 23 May 2022
You are here: Home  This year, Popeyes will open 200 new stores across North America 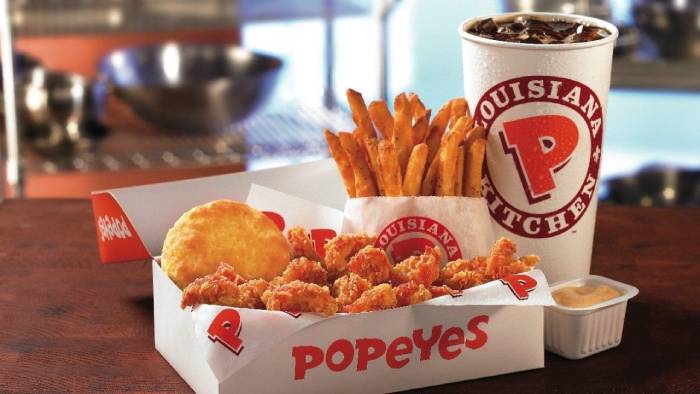 Popeyes is planning a major expansion in 2022.

Over half of the new Popeyes restaurants set to open in 2022 will have twin drive-thrus, which will allow consumers to go through the line faster.

Fast food restaurants place a premium on quick drive-through times. If a consumer waits too long in a Popeyes’ line, they may switch to a competitor; on the other hand, continuous fast service can build loyalty. Popeyes’ kitchens will also receive technological upgrades to enable personnel in the rear of the house work more efficiently.

New York City will be home to a number of the new eateries, including a new flagship site in Times Square as well as others in Manhattan and Staten Island.

The Times Square restaurant will include unique elements such as a fresh design, branded goods, self-serve kiosks, and a 21st-century dumbwaiter characterised as a “two-story food transporter” for patrons dining on the second floor when it opens in the fall.

Restaurant Brands International (QSR), which also owns Burger King and Tim Hortons, has already benefited from Popeyes’ success. With the increased investment, the RBI hopes to promote even greater growth.

“Popeyes is one of the fastest-growing brands within RBI, particularly as it relates to building new restaurants,” Popeyes president Sami Siddiqui says. “The majority of growth is expected in the US and Canada, where the business has accelerated substantially.”

Siddiqui’s remarks reflect those delivered earlier this year by RBI CEO Jose Cil. During a February analyst call, Cil stated, “Development remains a key priority … for the brand for long-term growth.” “We’re just scratching the surface on opportunities for Popeyes, and I firmly believe that the brand is poised to become one of the fastest growing in the industry.”

Popeyes’ performance during the pandemic reflects Cil’s remarks. It’s been a gem in RBI’s portfolio, especially when compared to the early pandemic issues its other brands encountered.

Tim Hortons and Burger King made a comeback last year. Tim’s restaurants open for at least a year saw a 12.5 percent boost in sales, while Burger King’s same-category stores saw a 15.9 percent gain.

In 2021, Popeyes witnessed some progress, though it was more moderate than in 2020: Last year, sales at restaurants that had been open for at least a year increased by 7.3 percent. Popeyes will launch 208 new restaurants in 2021, according to Cil, making it a “milestone year.”