Saturday, 4 February 2023
You are here: Home The newest invention from Taco Bell is a ‘Tostada’ served with giant Cheez-It 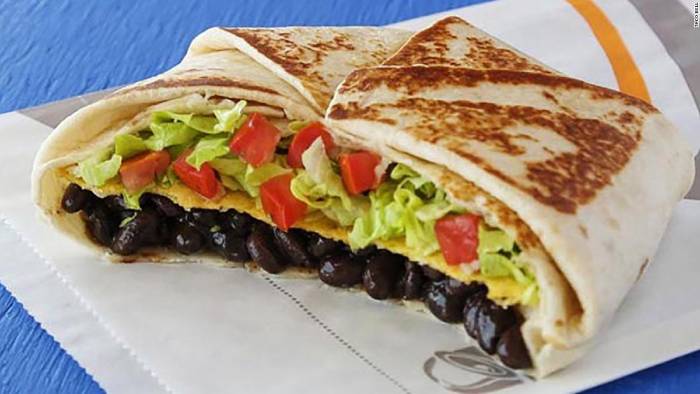 Over the years, Taco Bell has developed a reputation for adding a wide range of peculiar yet intriguing menu items, so it’s not exactly surprising when a strange new dish appears. The Big Cheez-it Tostada, the company’s newest offering, is certainly one of the most bizarre products it has ever created.

The Big Cheez-It Tostada, which costs $2.49, is pretty much what it sounds like: a huge Cheez-It cracker topped with layers of cheese, sour cream, lettuce, and tomatoes. It’s a “abundantly cheesy and nostalgic, yet magically modern, dining experience,” according to Taco Bell.

The Big Cheez-It Crunchwrap Supreme, which costs $4.29, includes the tostada in the middle in addition to the standard ground beef, lettuce, tomatoes, nacho cheese sauce, and sour cream.

Unfortunately, the next two weeks will be spent in testing in a single location in Irvine, California, for Cheez-It fans eager to experience these new products. Taco Bell frequently tries novel concepts like this in a select number of locations to determine whether they are appropriate for widespread reach.

However, Taco Bell has worked with a snack firm before to create menu items. The Doritos Locos Taco was first offered by the company in 2012, and since then, it has continued to be a favourite among customers. To the dismay of many, the Beefy Frito Burrito was withdrawn after being added to the menu in 2014.

Taco Bell restored the popular Mexican pizza in more recent months after removing it in 2020.