Tuesday, 27 September 2022
You are here: Home ‘The Masked Singer’: Here’s who was or wasn’t unmasked in special ‘Maskys’ episode 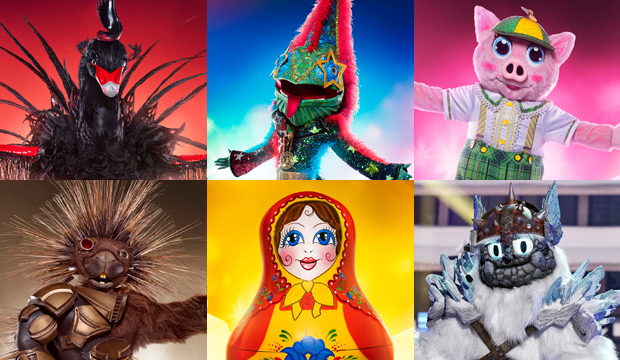 The unmaskings required seven days off, as Wednesday’s episode of Fox’s “The Masked Singer” was rather an special one-hour sing-a-long edition that served as “The Maskys,” an award celebrating a portion of the season’s most memorable performances.

All things considered, they really spelled it “The Masky’s,” which is extremely questionable from a grammar standpoint. (Punctuations are typically for contractions and possessives, and once in a while for plurals. It’s the reason they don’t call it “The Emmy’s” or “The Oscar’s)

Panelists, Jenny McCarthy Wahlberg, Nicole Scherzinger, Robin Thicke and Ken Jeong additionally got seven days off from the speculating game. Host Nick Cannon was there and passing out the Maskys prize — which, he marveled, looked a lot like him.

New this season is the masked celebrity “Cluedle-Doo,” who has been offering extra hints about every contestant. Yet, as of not long ago, his identity has been kept completely under wraps. Here is the first reveal toward Cluedle-Doo’s identity: “I have a connection to another mischievious Masked Singer from the past: The Gremlin.” (That was Mickey Rourke, unmasked in Season 4.)

The show’s specialists are likewise once competing for a “Golden Ear” trophy based on their first impressions of each masked performer (which McCarthy won last time). Jeong and McCarthy Wahlberg each have two focuses up until this point.

Here are the remaining contestants, the awards “won” and new clues shared during “The Sing-A-Long: The Masky Awards” on Wednesday:

Best Love Song: “How Will I Know,” by Whitney Houston
Acceptance Speech: “Becoming the Black Swan has unlocked the fearless side in me. And I’ll never forget the first time I put her on. Whitney Houston is the greatest vocalist ever, so this song was the greatest challenge. But fly with me and sing along.”
Cluedle-Doo’s Clues: Globe, Montana, Check Mate
Previous songs: “Barracuda,” by Heart; “In My Blood,” by Shawn Mendes; “How Will I Know,” by Whitney Houston, “Use Somebody,” by Kings of Leon
Previous panel guesses: Anya Taylor-Joy, Camilla Cabello, Leona Lewis, Demi Lovato, Lindsay Lohan, Ashlee Simpson, Emily Osment, Victoria Justice, Brenda Song, Kesha, Demi Lovato, Becky G, JoJo

Most Emotional Performance: “7 Years,” by Lukas Graham
Acceptance Speech: “I’m so excited I could squeal! I’d like to thank my beautiful family who put up with me despite living in a pigsty. And I hope you think of your family as you sing along. Hogs and kisses!”
Cluedle-Doo’s Clues: Scoreboard (50:10; 11 to 11; Ball on the 3), “3528 Rushing in Game”
Previous songs: “Speechless,” by Dan + Shay; “Good to Be Alive (Hallelujah),” by Andy Grammer, “7 Years,” by Lukas Graham, “The Pretender,” by Foo Fighters
Previous panel guesses: Adam Lambert, Charlie Puth, JC Chavez, Austin Mahone, Jonathan Knight, Zayn Malik, AJ McLean, Kevin Richardson, Lance Bass, Chris Pine, Adam Levine, Eli or Peyton Manning

Best John Legend Cover By a Cyborg Covered in Sharp Quills: “All of Me,” by John Legend
Acceptance Speech: “I feel so blessed. ‘All of Me’ is such an honest song about love, and it’s one of my favorites ever. I dedicated it to Nicole and I hope you dedicate it to someone special in your life.”
Cluedle-Doo’s Clues: Genes
Previous songs: “Never Too Much,” by Luther Vandross; “All of Me,” by John Legend; “Killing Me Softly,” by Roberta Flack; “Let’s Get It On,” by Marvin Gaye
Previous panel guesses: Jamie Foxx, Idris Elba, Lionel Richie, Ginuwine, Brian McKnight, Jason Derulo, Wesley Snipes, Eddie Murphy, Jamie Foxx, Will Smith, Terence Howard, Terry Crews, Aaron Hall

Most Game-Changing Performance: “Lonely,” by Justin Bieber
Acceptance Speech: “What a game-changing honor. It warms my heart. I’d like to thank all those hours I spent rollerblading growing up, because skating in this costume was terrifying.”
Previous songs: “If It Isn’t Love,” by New Edition; “Lonely,” by Justin Bieber and Benny Blanco
Previous panel guesses: Ray J, Justin Bieber, Taran Killam, Todrick Hall, Justin Timberlake, Omarion, Mario