Wednesday, 8 February 2023
You are here: Home The first orbital test flight of SpaceX’s Starship will not take off this month 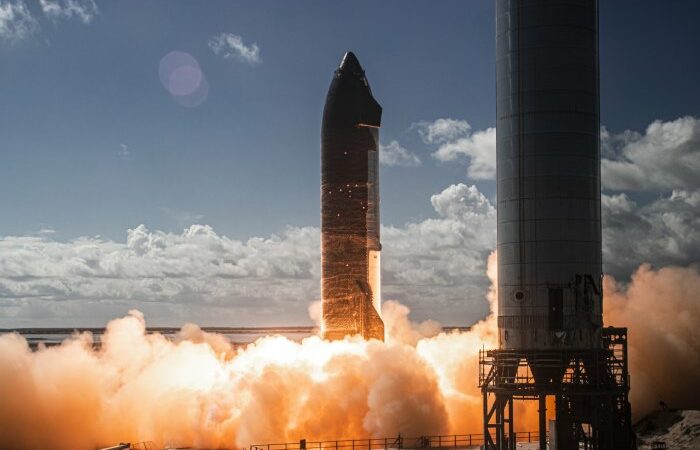 August will not see the launch of SpaceX’s Starship’s first orbital test flight.

According to a radio-spectrum licence application that the business submitted with the U.S. Federal Communications Commission, SpaceX is aiming for a six-month window that opens on September 1 for the eagerly anticipated mission (FCC).

According to the Twitter account FCC Space Licenses, which monitors such matters, the licence was awarded on Wednesday, August 10. But before Starship can head to the launch pad, it still needs to get through a few more legal obstacles.

The Starship orbital test flight, which will launch from SpaceX’s Starbase facility in South Texas, reportedly still doesn’t have a launch licence. The U.S. Federal Aviation Administration, which just completed a thorough environmental review of Starship activities at the site, is responsible for issuing launch licences.

Super Heavy, a massive first-stage rocket, and Starship, an upper-stage spacecraft standing 165 feet (50 metres) tall, are both components of Starship. Both components — six for Starship and 33 for Super Heavy — are totally reusable and will be propelled by SpaceX’s newest Raptor engines.

Booster 7 and Ship 24 will fly the upcoming orbital mission together. SpaceX has started preparing both prototypes for the job; on Tuesday (August 9) at Starbase, the company ran “static fire” engine tests with both vehicles.

On Tuesday, Ship 24 fired up two of its six Raptors, and Booster 7 lighted just one of its 33 engines. Therefore, there is still much to do before SpaceX approves the pair for an orbital journey, which means the mission was never likely to launch in August even if all the paperwork were already in order.

However, a big launch is planned for this month: The launch of Artemis 1, the first mission in NASA’s Artemis programme of moon exploration, is currently planned for August 29. A Space Launch System rocket will be used by Artemis 1 to launch an unmanned Orion spacecraft on a roughly six-week trip to lunar orbit and return.