Wednesday, 1 February 2023
You are here: Home The FAA postpones environmental review of SpaceX’s Starship by two weeks, to June 13th 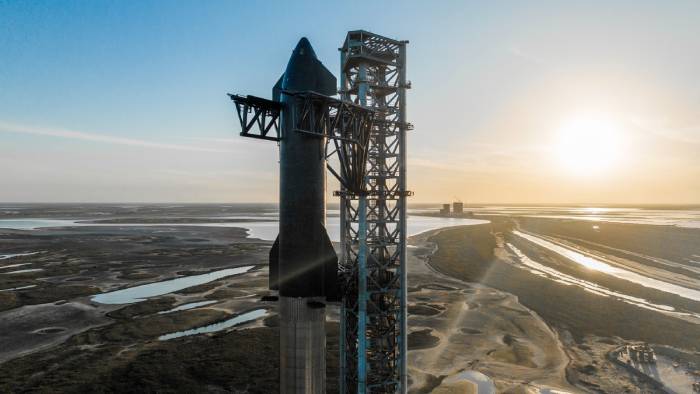 The FAA has pushed back the completion of its environmental study of SpaceX’s Starship programme by two weeks, until June 13.

A programmatic environmental assessment (PEA) is being conducted to analyse the environmental implications of SpaceX’s Starbase site in South Texas, where the company develops and tests its massive Starship spaceship.

Last September, the FAA released a draught PEA, stating that the final report will most likely be completed by the end of the year. However, the agency has repeatedly postponed the deadline, saying that it requires more time to meet with other government agencies and review the thousands of public comments received in response to the version.

On the FAA’s Starship page, you may get updates and view the final PEA and related materials (opens in new tab).

Super Heavy, a massive first-stage booster, and Starship, a 165-foot-tall (50-meter) upper-stage spacecraft, make up Starship. Both of these elements are made to be re-usable in a short amount of time.

Starship holds a lot of potential for NASA, which has chosen it as the first crewed lunar lander for its Artemis programme, which seeks to place astronauts on the moon in the next several years.

Over the last two years, SpaceX has completed a number of high-altitude test flights of Starship prototypes at Starbase, but it’s now working on a much bigger project: the system’s first-ever orbital test mission. That will be the first flight with a Super Heavy booster. (Starship upper stages have flown solo on test hops so far.)

Without a satisfactory grade from the final PEA, SpaceX will be unable to launch the orbital test mission. That isn’t the only regulatory box that must be checked.

“The completion of the PEA will not guarantee that the FAA will issue a launch license,” FAA officials wrote in an email that announced the latest PEA delay. “SpaceX’s application also must meet FAA safety, risk and financial responsibility requirements.”