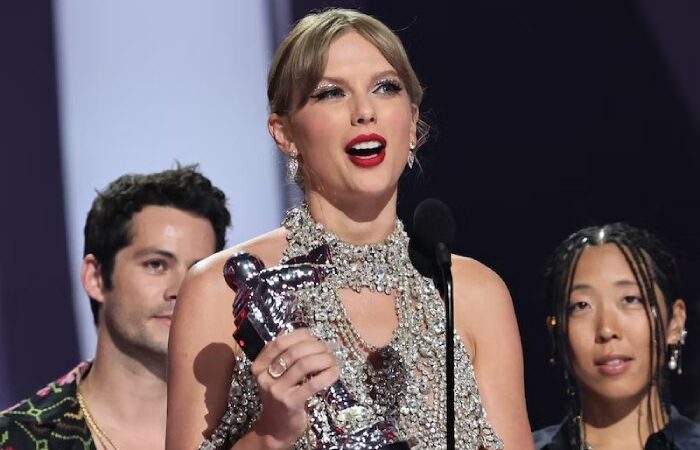 Pop singer Taylor Swift made a surprising revelation at the 2022 MTV Video Music Awards that her 10th album would be available on October 21.

Swift received the top honour of video of the year for her project “All Too Well: The Short Film” (10 minute version), which was adjudged the best long form video at the annual ceremony held on Sunday, said entertainment website.

“I thought it would be a fun moment to tell you that my new album comes out October 21. I will tell you more at midnight,” At the end of her acceptance speech, she said.

The prolific singer-songwriter followed through on her promise to use social media to offer additional information about her new album, titled “Midnights.”

“Midnights, the stories of 13 sleepless nights scattered throughout my life, will be out October 21. Meet me at midnight , “She posted the album cover’s Instagram caption.

However, for current reasons, she only lists them as “Track One,” “Track Two,” and so on, up to 13. The album art for “Midnights” appears to imitate vintage LP sleeves in which the songs are listed on the front cover.

According to the description, the album is “a collection of music written in the middle of the night, a journey through terrors and sweet dreams.”

Five months apart, two years ago, she released her most recent two albums, Folklore and Evermore. At the 2021 Grammy Awards, “Folklore” was named album of the year.