Monday, 8 August 2022
You are here: Home Sprite Green bottles will no longer be available 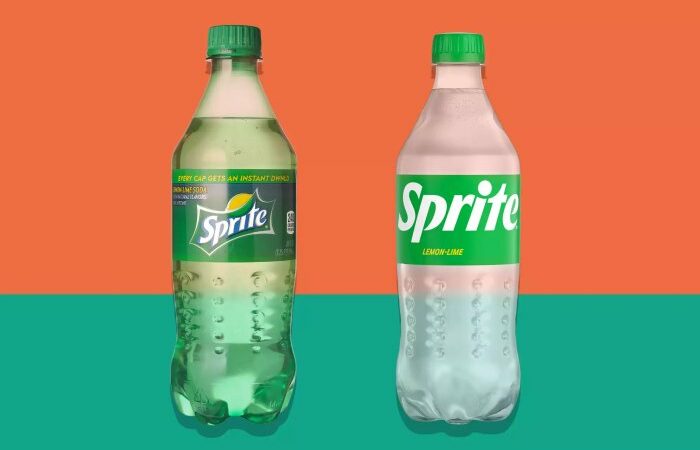 After more than 60 years, Sprite will stop producing its green plastic bottles.

Coca-Cola announced on Wednesday that, as part of broader efforts to become more ecologically conscious, it will switch its packaging from green to clear plastic starting on August 1. The company’s primary endeavour to limit plastic waste is the use of green polyethylene terephthalate (PET), an ingredient that cannot be recycled into new bottles, in Sprite’s existing plastic.

In a statement, Julian Ochoa, CEO of R3CYCLE, a plastic group assisting Coca-Cola with improving its recycling, said that removing colours from bottles “Taking colours out of bottles improves the quality of the recycled material.”

In order to create a more “consistent look and voice around the world,” the business claimed, customers will also notice a new logo and packaging design on the Sprite bottles. On Sprite labels, the recognisable green colour will still be present.

In the upcoming months, clear bottles will also replace the green bottles currently used by Fresca, Seagram’s, and Mello Yello in Coke’s portfolio.

The world’s largest beverage company has received much flak for adding to the plastic waste that harms the environment. The business was ranked as the top plastic polluter in the world in 2020 by the environmental organisation Break Free From Plastic. 13,834 pieces of used plastic with its logos and branding on them were discovered in 51 different nations, frequently in public areas like parks and beaches.

By 2030, Coke wants to collect and recycle one bottle or can for every one it sells. To that end, Coke unveiled its “World Without Waste” campaign in 2018. A 13.2-ounce bottle made entirely of recycled plastic was introduced as a part of that project last year.

The business also disclosed on Wednesday that most Dasani bottles sold in the US and Canada will now be made entirely of recycled plastic. According to Coke, this innovation is anticipated to minimise new plastic trash generation by about 20 million pounds compared to 2019.