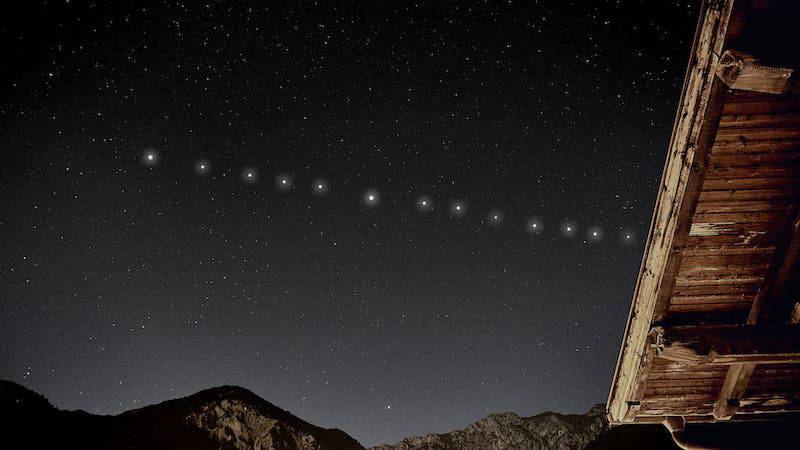 However, the Falcon 9’s second stage, which was carrying 40 OneWeb satellites, performed two engine firings to achieve an initial orbit of 370 miles high and 87 degrees to the equator in Florida.

After that, each satellite was put into orbit in turn, which took about half an hour. To reach their operational altitude of approximately 745 miles, they will make use of onboard thrusters.

OneWeb satellites, which will operate in multiple orbital planes, will transmit data between ground stations and customers all over the world and provide global broadband connectivity for businesses, government agencies, internet service providers, and other users. OneWeb’s services are utilized for military communications by the British government, which is a partial owner.

For OneWeb’s first 13 launches, Russian Soyuz rockets were used. However, due to sanctions imposed by the West following Russia’s invasion of Ukraine, preparations for the 14th launch were halted just before it took place in March.

OneWeb was required to cut ties with the British military by Russia. OneWeb’s business plans were thrown into disarray when Russia took the 36 satellites that were ready for launch when the company refused.

OneWeb built replacement satellites and planned a flight on an Indian GLSV Mark 3 rocket in October, despite a significant delay in its schedule. SpaceX also agreed to launch OneWeb satellites, and in December of last year, the California-based rocket maker put 40 into orbit, bringing OneWeb’s total number of satellites to 504.

OneWeb plans a fleet of “just” 648 relay stations operating at higher altitudes, enabling global connectivity with fewer spacecraft, while SpaceX is launching thousands of Starlink internet satellites — 3,666 have been launched to date.

OneWeb’s chief technology officer, Massimiliano Ladovaz, told Spaceflight Now prior to the first Falcon 9 flight, “We have very good relations with SpaceX in general.” We don’t compete with each other in the same markets; Cooperation is really at the heart of this.

OneWeb’s constellation will be completed by three additional launches: one atop another Indian GSLV Mark 3 and two on Falcon 9s