Monday, 28 November 2022
You are here: Home SpaceX lands a rocket on a ship at sea after launching 46 Starlink satellites 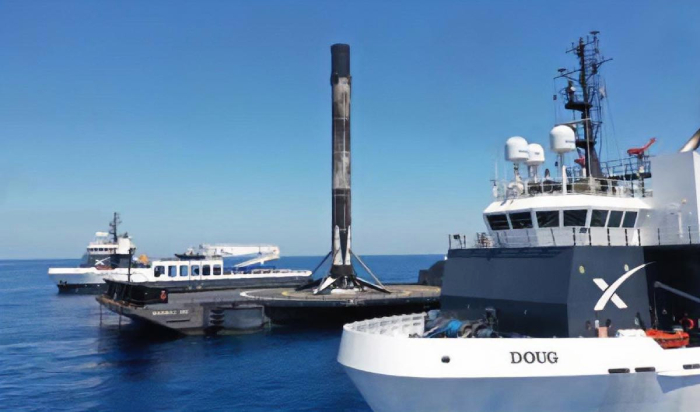 On Sunday, SpaceX launched 46 satellites and successfully touched down its returning rocket on a ship at sea (July 10).

The Falcon 9’s first stage returned to Earth 8.5 minutes after liftoff and landed on the SpaceX droneship Of Course I Still Love You, which was positioned in the Pacific Ocean.

This Falcon 9 first stage had launched and landed six times before. According to a mission description from SpaceX, the booster also assisted in the launch of the Earth observation satellite Sentinel-6 Michael Freilich, the NASA Double Asteroid Redirection Test mission, and three Starlink batches.

In the meanwhile, 63 minutes after liftoff, the upper stage of the Falcon 9 successfully delivered the 46 Starlink satellites into low Earth orbit, according to a tweet from SpaceX.

The launch on Sunday night was SpaceX’s 29th orbital flight of the year and the 17th specifically for Starlink, the company’s massive network of internet satellites.

To date, SpaceX has launched more than 2,750 Starlink satellites, and the company anticipates that figure to rise in the near future. The corporation already has authority to loft 12,000 Starlink ships, and it has filed to a global regulator for authorization to loft an additional 30,000 craft.