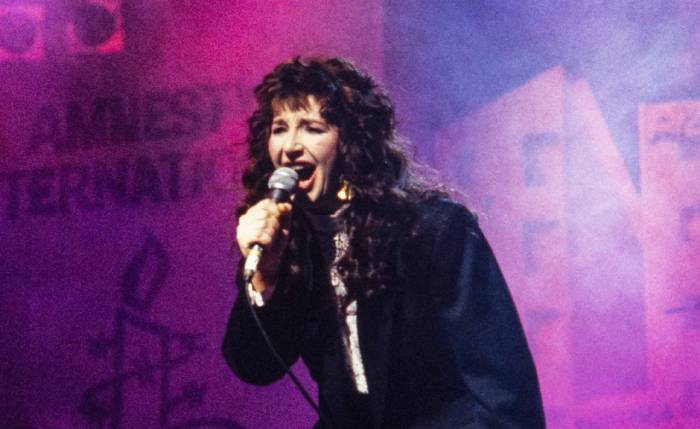 Due to “Stranger Things” on Netflix using Kate Bush’s 1985 hit “Running Up That Hill” as a talisman song for the character Max Mayfield, she has gained hordes of new fans.

She has also benefited financially from it, as the show’s most recent season has taken in roughly $2.3 million in streaming royalties in the month since its debut, according to Luminate, formerly known as Nielsen Soundscan. According to music industry website Music Business Worldwide, she’s likely keeping the majority of that money because she owns the copyright to her songs.

In a blog post on June 17, Bush noted that the eerie song’s revival had elevated it to the top of the hill and that its quick ascent had felt “driven along by a kind of elemental force.” It’s an uncommon turn for an artist whose work received praise but who, until this year, 37 years after “Running Up That Hill” was initially released, hadn’t achieved a top 10 success in the United States.

“While we’ve seen a notable increase in catalogue music streams in recent years — with an annual 20% growth alone in 2021— the Kate Bush story has taken the phenomenon to a new level,” said Rob Jonas, the CEO of Luminate, in a statement to CBS MoneyWatch.

According to him, “Running Up That Hill” is now the song that is streamed the most both domestically and internationally. Although it’s likely that the song will continue to earn more, the $2.3 million in streaming royalties were generated between May 27 and June 23, and new episodes of the show were released on Friday, July 1, which could fuel continued interest in Bush’s music.

Bush posted a blog entry on Friday with the words, “I just can’t believe it — No. 1 for the third week.”

CBS MoneyWatch sent a comment request to Bush, who didn’t respond right away.

According to Music Business Worldwide, Bush is unique in the recording industry since she owns the copyright to her recordings. It was stated that as a result, she is probably keeping 80% or more of the recorded music royalties produced by her recording masters.