Wednesday, 30 November 2022
You are here: Home Peacock’s comedy series ‘We Are Lady Parts’ renewed for season 2 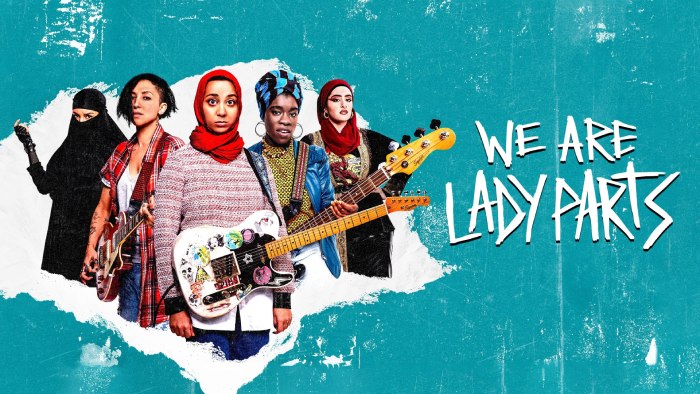 More episodes of “We Are Lady Parts” are officially on the way, according to Peacock, which has renewed the music-infused comedy series for a second season.

In May, Peacock premiered “We Are Lady Parts.” A fictional Muslim female punk band performs in London, and the series follows them.

Saira takes advantage of Amina’s desperate search for a husband by giving her hook-up dates if she agrees to join the band. Amina has never encountered females like this before, and she is quickly carried up in their joyful anarchic energy . But she finds herself divided between two worlds: that of her more orthodox university pals, led by her bestie Noor (Aiysha Hart), and that of Lady Parts.

Anjana Vasan’s performance in “We Are Lady Parts” was nominated for two Gotham Awards, including breakthrough short format series and outstanding performance in a new series. Manzoor will also be honoured at the Rose d’Or Awards on Nov. 22 with the emerging talent award.

After debuting as a comedic short as part of C4’s Blaps strand, the series was commissioned by British broadcaster Channel 4 in August 2019, with streamer Peacock joining later.

Working Title Television (WTTV), a division of NBCUniversal International Studios, a division of Universal Studio Group, is producing the series in collaboration with Channel 4.

“We Are Lady Parts’ exploded onto our screens and into our hearts with irreverent humor, original storytelling and boundary-pushing comedy,” said Lisa Katz, president scripted content for NBCUniversal Television and Streaming. “We’re incredibly proud that this fan-favorite series was heralded as groundbreaking for Muslim representation on TV and can’t wait to continue on this journey with visionary creator Nida Manzoor and this beloved ensemble.”

“We Are Lady Parts is the rallying cry from a fearlessly funny, contemporary and dial-shifting comedy that felt uniquely Channel 4 at its heart. The show deftly took big ideas around identity, representation, gender and creativity and wrapped them up in a truly original and hilarious show full of love, romance and sisterly power. From one of the most inventive and ambitious writer-directors around, we’re so delighted to be working with Nida, the exceptional cast and team at Working Title Television, NBCUniversal International Studios and our brilliant partners at Peacock to bring this back again,” said Fiona McDermott, Channel 4’s Head of Comedy.

I’m so proud of We Are Lady Parts – for its wit, its inventiveness and its representation – and I’m absolutely thrilled that we’re getting to make another season. Nida has got so much to say about contemporary life and she’s found the perfect vehicle with this show to express her unique and inspiring world view. I can’t wait to share Nida’s vision for season two,” Surian Fletcher-Jones, Executive Producer, Working Title Television, said.