Wednesday, 30 November 2022
You are here: Home Oreo is celebrating its 110th birthday by releasing a brand-new flavour 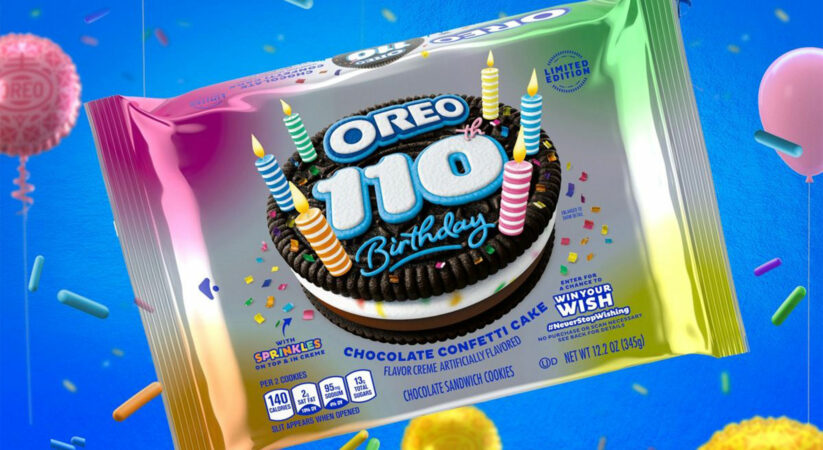 For its 110th birthday, Oreo is attempting something completely different.

Oreo is releasing a unique flavour called Chocolate Confetti Cake to commemorate the event. It’s strewn with sprinkles. The cookies are sprinkle-filled and feature two layers of filling: a signature creme taste loaded with sprinkles and a chocolate-cake flavoured creme.

It’s the first time Oreo has used sprinkles both inside and outside the cookie, according to the company. For a short time, retailers will begin selling the festive goodies on January 31.

On March 6, Oreo will celebrate its 60th birthday. The National Biscuit Company initially supplied the popular snack to a grocery store in Hoboken, New Jersey on that date in 1912.

Since then, Oreo has produced a variety of new flavours, including a Lady Gaga taste and, most recently, toffee crunch and an ultimate chocolate-flavored crème biscuit, to keep the product fresh.

Oreo, which is owned by Mondelez (MDLZ), is still profitable. The new limited-edition flavour is part of the company’s $1 billion sales goal for the coming year. Mondelez said Oreo “continues to be a standout performer” in its November 2021 results call, adding that its Pokémon Oreo was the company’s fastest-selling flavour in the United States.

Oreos and other brands, such as Chips Ahoy, will see a 6 percent to 7% price increase starting this month, according to the company.