Wednesday, 8 December 2021
You are here: Home Niantic raises $300 million at $9 billion valuation to development of the ‘real-world metaverse’ 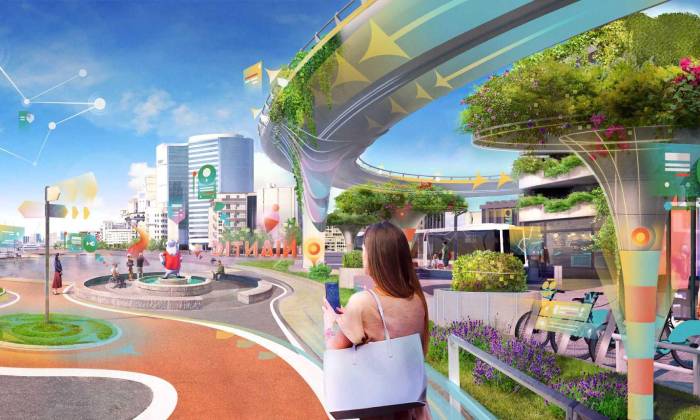 Niantic, the company behind Pokémon Go, has raised $30 million from investor Coatue at a $9 billion value in order to expand its real-world metaverse.

This money will be used to build the “real-world metaverse,” according to the San Francisco-based business, which was spun out of Google. Niantic founder and CEO John Hanke has called the metaverse a “dystopian nightmare” since August, at least the one that binds us to VR headsets like in “Ready Player One.” Unlike Facebook, which changed its name to Meta to reflect its investment in virtual reality technology, Niantic wants to create technology that connects individuals to the outside world.

Niantic announced the Lightship AR Developer Kit (ARDK) earlier this month, which makes tools for developing AR games publicly available for free to anyone with a basic understanding of the Unity game engine.

“At Niantic, we believe humans are the happiest when their virtual world leads them to a physical one,” Hanke said at the time, “Unlike a sci-fi metaverse, a real-world metaverse will use technology to improve our experience of the world as we’ve known it for thousands of years.”

The money will go toward expanding the ARDK, which has already been used to build augmented reality experiences for Coachella, Historic Royal Palaces, Universal Pictures, SoftBank, Warner Music Group, and the PGA of America. As a result, rather of relying on technology like VR headsets, which are currently out of reach for the majority of the population, AR projects mostly rely on smartphones to inspire people to explore their surroundings.

For example, you may pass by the same mural every day, but in Pokémon GO, a user-generated Pokéstop description may reveal what that artwork means. Tens of millions of users play Niantic’s games each month, walking more than 10.9 billion miles since their launch, according to the company.

“Niantic is building a platform for AR based on a 3D map of the world that we believe will play a critical role in the next transition in computing,” said Matt Mazzeo, a general partner at Coatue. “We are excited to partner with Niantic because we see this infrastructure supporting a metaverse for the real world and helping to power the next evolution of the internet.”

Although Hanke considers the VR metaverse to be “dystopian,” AR, like any technology, has flaws. Pikmin Bloom, Niantic’s newest game, is built around walking, which may be off-putting to older or disabled gamers. Disabled gamers in Pokémon GO exist, but they’ve had to speak up about how tiny in-game changes may make the game far more accessible for those with limited mobility.

However, Niantic’s vision is a viable alternative to Meta’s headset-reliant strategy. According to app analytics firm Sensor Tower, Pokémon GO is still a tremendous hit, with sales exceeding $1 billion in 2020 and on track to exceed that this year. Not all of its games are as popular; the business just announced that Harry Potter: Wizards Unite will be shut down due to a 57 percent reduction in in-app consumer spending and global instals year over year. They will see how far the concept of a “real-world metaverse” can go once independent developers get their hands on Niantic’s Lightship ARDK.