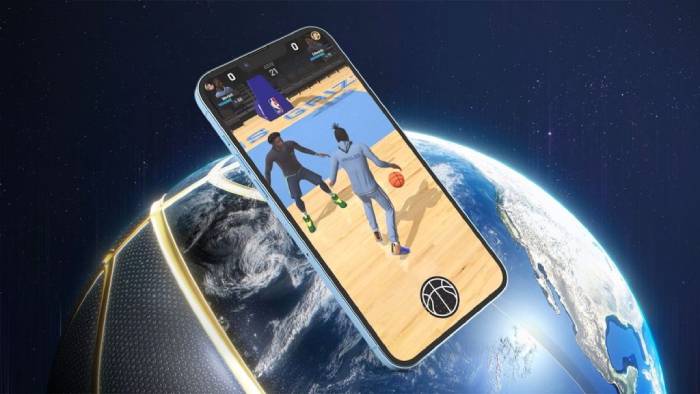 Niantic, the creator of the Pokémon Go game, has revealed yet another new title, this time with its first step into the realm of sports. Its name is NBA All World, and like you might expect from Niantic, it’s a location-based game with augmented reality components. The NBA lifestyle meets the real-world metaverse, according to the developer.

You might be unsure of the specifics of how that might work. Like Niantic’s other games, NBA All World fills the map around you with various areas of interest. Here, though, they are all basketball-related rather than Pokémon-related, which makes a difference.

Senior producer Marcus Matthews stated in a press conference that “We’re enveloping the world around you into a basketball universe, or what I personally like to call turning the real world into a basketball theme park.” “Now, places and objects in the real world will become video game items; the convenience store near you has become a location to pick up stamina for your NBA player, the sporting goods store around the corner is the place to pick up the latest brand name shoe to customize your players.”

The total experience consists of a few components. In swipe-based one-on-one basketball, similar to going to a gym in Pokémon Go, you can compete against other players at basketball courts that are marked on your map. This has a leaderboard so you may compete to be the best in a specific area. Like FIFA’s ultimate squad feature, you may also encounter and defeat real-world NBA players on the map to collect them, modify them with gear, and give them in-game advantages. Additionally, according to Niantic, the game will include certain location-based storytelling components related to NBA players’ hometowns.

The game’s objective, like those of the studio’s previous offerings, is to get players moving outside. Location is important, claims Matthews. “So what you won’t be able to do is to sit at home and play remotely against your friend that’s in another city.”

Both iOS and Android users will be able to download All World, and Niantic expects it to launch fully during the upcoming NBA season.

The announcement comes at a time when Niantic is working on an unexpectedly big number of projects. The developer also released Pikmin Bloom last year, is working on a game about a virtual pet called Peridot, and has a Transformers game in the works in addition to already released games like Pokémon Go and Ingress.