Wednesday, 8 February 2023
You are here: Home Melisa Raouf, a finalist of Miss England, is the first contestant in history to compete without makeup 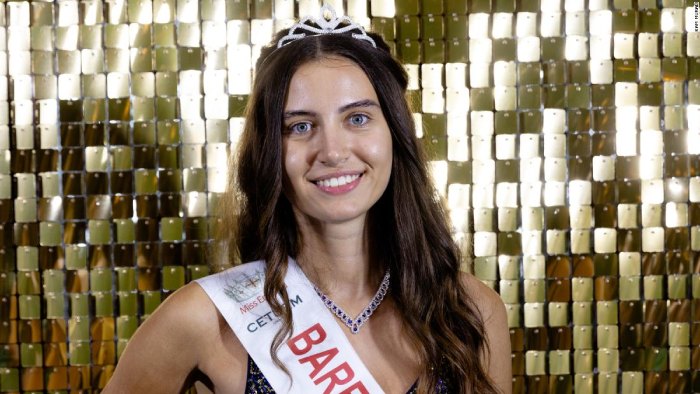 In the nearly century-long history of the pageant, a contestant from Miss England is the first ever beauty queen to compete without wearing any makeup.

A 20-year-old college student from south London named Melisa Raouf advanced in the semifinals of the contest on Monday by going barefaced. She will now compete for the title in the finals in October.

In an interview with the UK’s Independent newspaper, Raouf said, “It means a lot to me as I feel many girls of different ages wear makeup because they feel pressured to do so.”

“If one is happy in their own skin we should not be made to cover up our face with makeup. Our flaws make us who we are and that’s what makes every individual unique,” she added.

Raouf noted that despite having worn makeup since a young age, she chose to break convention for the pageant.

“I never felt I met beauty standards. I have recently accepted that I am beautiful in my own skin and that’s why I decided to compete with no makeup,” she explained in the interview.

Raouf wrote in a selfie from the competition’s “bare face” phase that she was “embracing blemishes and imperfections” on Instagram in May.

“We introduced the Bare Face Top Model round in 2019 as most contestants were submitting highly edited images wearing lots of makeup and we wanted to see the real person behind the makeup,” said Angie Beasley, director of Miss England, in a statement to CNN on Friday.

Raouf intends to perform bare-faced once more at the national final in October, according to the organisers.

“We wish her the best of luck in Miss England, it’s a very brave thing to do when everyone else is wearing makeup but she’s sending out an important message to young women,” Beasley added.