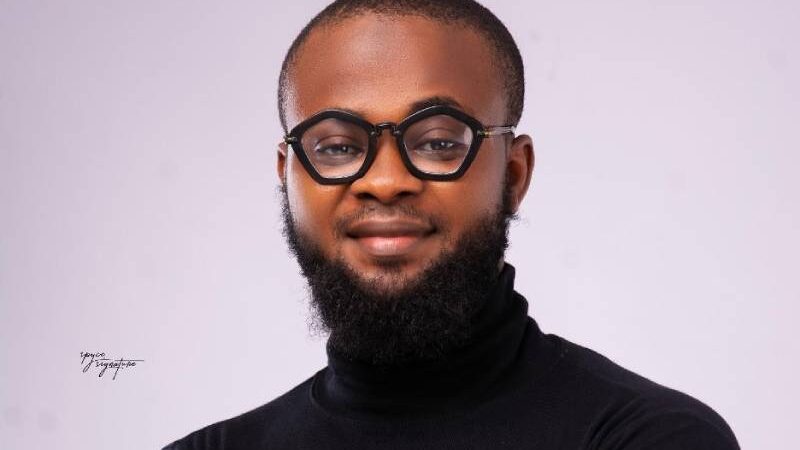 Like many stories of exceptional individuals who glide slightly away from their course of study and go on to excel at a field not even related to what they studied in school, this is the story of Waliyulah Olayiwola, the Founder of CCNetwork, one of the biggest charity organizations helping countless needy people in Nigeria.

Faced with challenges and circumstances that forced him to grow up faster than he had expected, he soon self-taught himself into becoming a force to reckon with.

A graduate of Electrical and Electronics Engineering from the University of Ilorin, he decided early into his studentship that he’d rather tow the path of writing and digital marketing.

The zeal got reinforced when he lost his mother towards the end of his final year in school 2015/16. His father on the other hand was one of those civil servants who were ill-treated by the government they served with unpaid salaries.

Realizing the consequences of these harsh circumstances, he braced up and had to find a way to monetize his writing skills. The story had just begun.

He then had to get the tools to enable him to monetize his skills; Internet connection, personal computer, a website, and then the know-hows of monetizing the skill were the challenges at the time.

Eventually, together with the help of struggling yet supportive parents, he got a laptop.

Then he had to take a huge risk; using his school fees to purchase a digital course and web hosting for his first website.

He was ready at the time to even drop out of school to pursue his digital marketing dreams. However, sand unduly poured into his cup of perfectly soaked garri as the hard-earned laptop soon got stolen.

In his words: “It felt like my whole world was crumbling when I lost my Laptop to these unknown thieves. The thought kept streaming in my head, and I kept asking myself where would I start from?”

Devastating! But as a force, he rose and found an alternative means to forge ahead; reaching out to well-to-do neighbors and lecturers, he pitched them all his services he could offer in exchange for money.

Many of them turned him down. But Waliyulah would not take no for an answer, he persevered. Later, he landed a job with one of the kind parents, to become a tutor to their children.

A bird in hand is worth two more in the bush, he took the job with his teeth never to let go.

Even in the midst of all of this, he was the President of the Union of Campus Journalists in University of Ilorin and he left remarkable footprints in the Union till date. He started the interview, examination and induction processes of recruiting new pressmen into the Union and till date, it’s still waxing strong.

He did not only strive but thrived as an undergraduate and even more as a graduate.

The organization has grown to become a leading marketing agency that has built a network of clients who get satisfactory results. Some of the brands he has worked with are: Writer Plus, Venk.io, Property Logistics Co, Igor solo ads, Online Solopreneur and so forth

Waliyulah is currently a seven figure earner satisfying clients and solving problems with his numerous digital marketing skills and that of his team.

Beyond just professional work and moneymaking, he recognizes the importance of helping people and volunteering to serve humanity as he owns Care and Compassionate Network; a Non-Governmental Organization that caters financially and morally to people in need.

Through, Care and Compassionate Network he has been able to help more than twenty-thousand people and counting throughout Nigeria. They have helped people in need in various capacity, providing healthcare, empowerment for women and youth and providing potable water to rural communities.

His organization has been verified by Google for Non-profit, GlobalGiving and Techsoup Nigeria.

It is recognized for various achievements and impacts on individuals, families and communities.

His charity works got him a nomination from the Youth Ambassador of the United Nations in 2020 as he was going to be recognized as one of the few youths globally making changes in their community as a result of the Covid-19.

Unfortunately, this nomination couldn’t go beyond email correspondence as it got lost to bureaucracy.

As an individual, he believes fiercely in one’s ability to succeed and make waves as long as they get rid of self-limiting beliefs.

Talking about his belief on money, In an interview with Fox news, he said while talking about the need to be successful: “Money isn’t the root of all evils as many of us believe and you must keep in mind that you cannot help the poor by becoming one of them.”

He currently has plans to build more profit-generating businesses that he can put up for sale as this will help him reach the goal of retiring early.