Friday, 28 January 2022
You are here: Home Lincoln Riley is leaving Oklahoma to become the head football coach at the USC 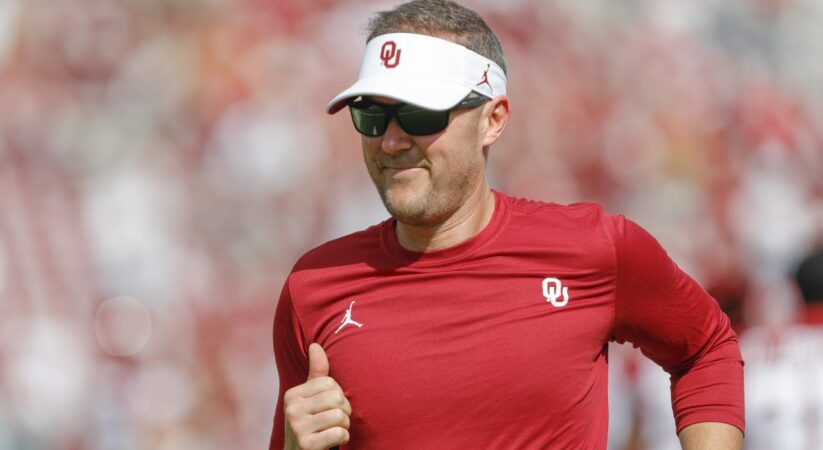 Lincoln Riley has stated that he will not be attending LSU. He made no mention of leaving the Sooners for USC.

Riley, 38, accepted the head-coaching position at USC on Sunday in a surprise decision.

“Leaving OU was probably the most difficult decision of my life,” Riley said in a statement released by Oklahoma. “OU is one of the best college football programs in the country, and it has been forever. … This was a personal decision solely based on my willingness to go take on a new challenge, and I felt like it was the right opportunity for me and my family to do that.”

Riley takes over at USC from Clay Helton, who was fired in September after leading the Trojans to a 46-24 record in seven seasons.

In a statement announcing the job, USC athletic director Mike Bohn remarked, “”Lincoln is the rarest combination of extraordinary person and elite football coach.” “His successes and offensive accolades as a head coach the past five years are astonishing. … Lincoln is universally considered one of the brightest and most talented football coaches in the nation, and the fact that he chose USC is a testament to the strength of our brand, the power of the Trojan Family, and the leadership of our university.”

The football tradition at USC is “unparalleled,” according to Riley.

“I look forward to honoring that successful tradition and building on it,” he said in the statement released by USC. “The pieces are in place for us to build the program back to where it should be and the fans expect it to be.”

“I’m not going to be the next head coach at LSU,” Riley stated after the Bedlam loss, despite widespread speculation that he was LSU’s candidate to succeed the outgoing Ed Orgeron.

Oklahoma athletic director Joe Castiglione said in a statement Sunday, “I’d like to thank Coach Riley for all he has done to help our football programme since he arrived in Norman in 2015.” “When we met with the team today, I communicated to our players that our program is about them. It will always be bigger than any one person. And just as it’s always been, Oklahoma football is positioned for greatness.”

Former Oklahoma coach Bob Stoops, who will be inducted into the College Football Hall of Fame on Dec. 7, will serve as the interim coach for the Sooners’ bowl game.

Before leaving in June 2017, Stoops coached the Sooners for 18 years. Before passing the programme over to Riley ahead of the 2017 season, he guided Oklahoma to a national championship in 2000, 10 Big 12 crowns, and 14 seasons of double-digit victories, amassing a 190-48 overall record. He’s stayed involved with the programme, even coaching a practise last year when the staff was short-handed due to COVID-19 cases.

“First and foremost, I’m a program guy and whatever I can do to help OU and to support the players, of course I’m glad to do it,” Stoops said in a statement. “I’ll do everything I can to help them finish the season in a strong and successful way and I look forward to that.”

Donte Williams, who has been the Trojans’ interim coach since Helton’s firing, will remain in that position for the rest of the season.

Alex Grinch is also expected to join Riley at USC as his defensive coordinator, according to ESPN’s Chris Low. Grinch, a four-time contender for the Broyles Award as college football’s finest assistant, has spent the previous three seasons as the Sooners’ defensive coordinator and safeties coach. He formerly worked at Ohio State and Washington State University.

Riley’s departure is a significant setback for the Sooners, who are preparing to enter the SEC. Riley finished his five seasons with a 55-10 record, including a 37-7 mark in the Big 12.

After this season, Kingsbury’s contract will be up for renewal for another year.