Wednesday, 1 February 2023
You are here: Home LeBron James has become the NBA’s first active player to be worth $1 billion, According to report 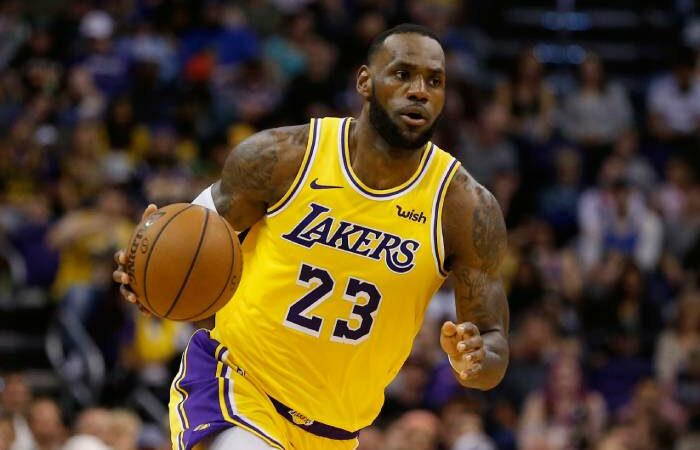 According to report, LeBron James has become the first active NBA player to have a net worth of $1 billion.

According to report, the four-time NBA champion and league’s second-highest career scorer collected $121.2 million in on-court compensation plus off-court earnings from May 2021 to May 2022. Only Lionel Messi, who earned $130 million, earned more on Forbes’ list of the highest-paid athletes.

For a long time, James has dreamed of reaching the $1 billion mark.

Despite the fact that the Lakers struggled in 2021-22 and James missed the playoffs for the fourth time in his career, he became the oldest player to average 30 points in a season at the age of 37. (30.3 PPG).

Off the court, James starred in the film “Space Jam: A New Legacy” and sold a minority ownership in his production firm, SpringHill, for $725 million, according to Forbes. SpringHill created the $163 million international “Space Jam” sequel, “The Shop,” which shifted from HBO to YouTube last year, and a docuseries featuring tennis sensation Naomi Osaka. In addition, the studio is working on a remake of the 1990 comedy “House Party.”

During his 19-year NBA career, James has earned more than $385 million in salary with the Los Angeles Lakers, Cleveland Cavaliers, and Miami Heat.

According to report, James made the balance of his $1 billion in the following ways:

• Cash and investments totaling more than $500 million. James gained money from the Beats by Dre sale to Apple in 2014, and he has interests in the fitness company Beachbody.

• Fenway Sports Group contributed $90 million. James was once a minority owner of Liverpool Football Club. In return, he received a 1 percent ownership position in Fenway Sports Group. Liverpool, Fenway Park, the Boston Red Sox, and half of Roush Fenway Racing are all owned by the company, which just agreed to pay $900 million for the Pittsburgh Penguins.

• A $10 million mansion in Akron, Ohio, and two residences in the Los Angeles area for a total of $59.75 million in real estate assets.

• Food and beverage interests include a $30 million investment in pizza company Blaze Pizza, which James purchased a 10% stake in for less than $1 million in 2012.