Monday, 23 May 2022
You are here: Home James Cameron announces official title of ‘Avatar 2’ and teases the first footage at CinemaCon 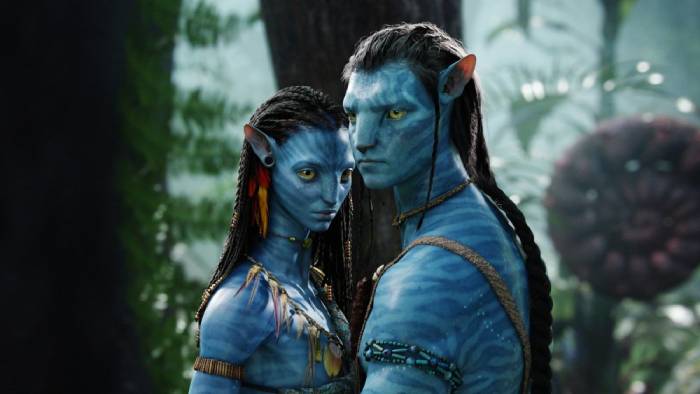 After at least seven delays in the previous eight years, director James Cameron is now ready to reveal audiences his fantastical, underwater vision for Avatar’s long-awaited sequel (the picture was initially scheduled to release in 2014). Avatar: The Way of Water is the title of the film.

Avatar 2 has been in development for for a decade, with small behind-the-scenes glances, such as concept art and character introductions, being shared from time to time. There were also rumours concerning the names of the planned sequels during that time, one of which was Avatar: The Way of Water. According to Variety, Disney confirmed those rumours at CinemaCon, confirming that Avatar: The Way of Water is the official title for the first Avatar sequel, which is set to hit theatres on December 16, 2022.

Landau began by announcing the upcoming re-release of the original Avatar, a choice that is as savvy as it is likely essential; there are literally teens who were not born when the first picture was released, so it makes sense to reacquaint, or at the very least refresh, audiences with Pandora. Landau, on the other hand, emphasised the timeless nature of Cameron’s storytelling in his prepared remarks. “One of the strengths of Jim Cameron’s scripts are always the universal and relatable themes that he weaves into them,” he said. “And there’s no more relatable theme down at the centre of each of our four sequels than the Sully family, Jake and Neytiri’s family .”

Landau wisely emphasised the standalone nature of the films, as well as their interconnectivity, given the repeated changes in structure and the addition of sequels—an approach that also gives the filmmakers an out if Cameron’s gamble doesn’t pay off and the studio (or audiences) decide they don’t want any more Avatar movies before he completes the story cycle. “Each sequel will play out as a standalone movie. Each story will come to its own conclusion, and each movie will deliver audiences fulfilling emotional resolutions in each and every film,” he said. “However, when you look at that as a whole, the journey across all four movies will create an even larger, connected, epic saga.”

Surprisingly, there was also footage from the film shown at the event. The minute-long video, which contained almost no speech, was shown to CinemaCon attendees in 3D glasses. Rather, visitors were engulfed in various regions of Pandora’s amazing cosmos by wide views of the planet’s brilliant blue oceans and lakes. According to Variety, the film also displays the indigenous Na’vi people interacting with other species like as whales and pelicans, some of which flew through the screen and into audience members’ faces due to three-dimensional technology.

Set a decade after the events of the first film, Avatar: The Way of Water begins to tell the story of the Sully family — Jake, Neytiri, and their children — and the trouble that follows them, the lengths they go to keep each other safe, the battles they fight to stay alive, and the tragedies they face. Meanwhile, the trailer will be displayed exclusively in theatres ahead of Marvel’s Doctor Strange in the Multiverse of Madness, which will be released on May 6.

It’s difficult to estimate how much of, instance, underwater performance capture can mesmerise on the screen in a longer story without a perfect seat and condensed to a 90-second clip. But the amount of detail in every image, the vividness of the characters, and the brightness of each image served as a perhaps overdue reminder that Cameron always puts his whole heart and soul into projects—and with the muscle of Weta Digital bringing those images to life, Avatar: The Way Of Water promises to be a visual and technical odyssey, whether or not anyone wants three or four more after waiting so long for the second.