Friday, 21 January 2022
You are here: Home In a new study, Merck’s COVID-19 tablet was found to be much less effective 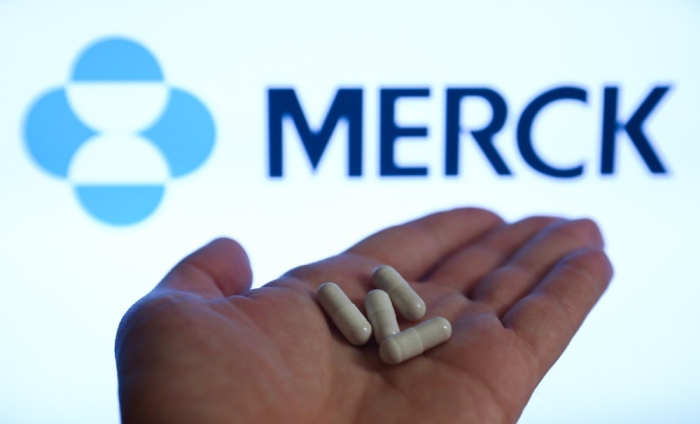 Merck & Co said on Friday that new data from a study of its experimental COVID-19 tablet indicated the medicine was much less effective than previously reported in reducing hospitalizations and deaths.

Merck’s drug’s decreased efficacy might have a significant impact on whether governments continue to acquire it. In the Pfizer Inc. trial for its investigational tablet, Paxlovid, interim results from 1,200 participants indicated an 89 percent reduction in hospitalizations and fatalities.

Merck made the information public before the US Food and Drug Administration published a batch of documents on Friday to inform a panel of outside experts who will meet on Tuesday to decide whether to recommend licencing the medication.

The staff of the FDA did not make a recommendation on whether or not the pill should be approved.

The FDA urged the panel to consider whether the drug’s advantages outweigh the risks, as well as whether the population for whom it should be approved should be limited.

They also asked the committee to comment on concerns about the drug’s potential to cause the virus to evolve, as well as how such issues could be resolved.

Treatment that is less difficult

Existing treatment options such as Regeneron and Eli Lilly’s antibody treatments, which are generally provided as intravenous infusions, are more expensive to make and administer than Merck and Pfizer’s pills.

The mechanisms of action of the two investigational medicines are very different. Merck’s is designed to cause faults in the virus’s genetic code. Pfizer’s medication, a protease inhibitor, is designed to prevent the coronavirus from multiplying by blocking an enzyme it requires.

Following the interim data, Merck filed for molnupiravir approval in the United States on Oct. 11 and submitted new data to the FDA this week.

In the molnupiravir group, one patient died compared to nine in the placebo group.

Merck aims to produce 10 million treatment courses by the end of this year, with at least 20 million by 2022. It has a deal with the United States government to provide up to 5 million courses for $700 each. Millions of pill courses have already been secured in a number of other nations.

Merck says that data shows molnupiravir does not cause genetic changes in human cells, however males who participated in the trials had to agree to refrain from heterosexual intercourse or use contraception. Birth control was also required for women of childbearing age.

Nonetheless, the FDA stated in its briefing document that there are safety concerns about the medicine’s potential to cause birth malformations, and that the panel should examine whether the drug should be given to pregnant women.