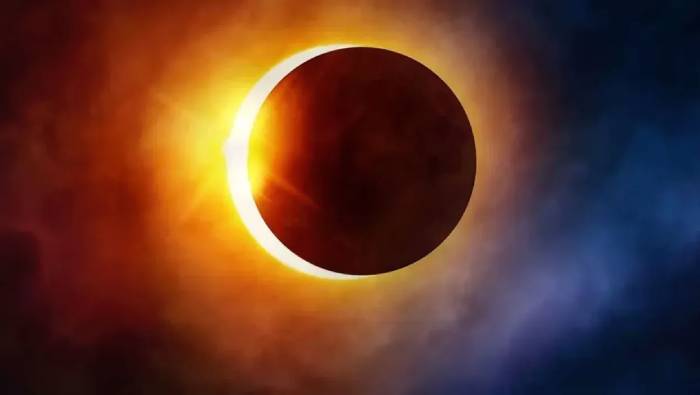 The first solar eclipse of 2022 will occur this week in areas of the Southern Hemisphere; here’s how you can view it live online from anywhere else.

A solar eclipse happens when the moon passes between Earth and the sun, partially obscuring the sun as seen from Earth in this scenario. The sun takes on a crescent form as a result of the eclipse, as if a “bite” has been taken out of it. According to NASA, the fraction of the sun eclipsed by the moon varies depending on the viewer’s location, with the moon obscuring up to 64 percent of the sun’s disc when seen from just south of the southern tip of South America.

There will be at least one livestream of the event available to view online for anyone who are unable to attend in person. At 1:45 p.m. EDT, the YouTube channel Gyaan ki gareebi Live will begin broadcasting the partial solar eclipse (1745 GMT).

Gyaan ki gareebi, situated in India, offers live images of full moons, rocket launches, and other space events on YouTube. Their solar eclipse livestream is planned to last the entire duration of the April 30 solar eclipse.

The Gyaan ki gareebi feed is now the only public webcast of the partial solar eclipse on April 30 that they have been able to locate. They will update this post if more are announced.

Instead of a live stream, Timeanddate is offering a live blog of the event. Online coverage will be accessible in the days preceding up to the solar eclipse, with Timeanddate.com providing skywatching event information.

As a reminder to skywatchers in the visibility zone, never look straight at the sun with your eyes. To safely observe the sun or watch an eclipse, special protective eyewear or certified eclipse glasses are required. Using the wrong gear (or using it poorly) might cause irreversible damage to your eyes by burning your retinas.

The safest approach to see an eclipse is to use indirect methods like a pinhole camera, which is simple to create at home. You may also see how to photograph a solar eclipse in our guide.

The eclipse this week also happens to fall on the second new moon of April, popularly known as a Black Moon. A new moon occurs once a month, when the Earth-facing side is completely obscured by shadow. April, on the other hand, began with a new moon on April 1, making April 30 the month’s second new moon.