Monday, 8 August 2022
You are here: Home HOW HARD WORK GOT SAM BAYAZID TO AMERICA: 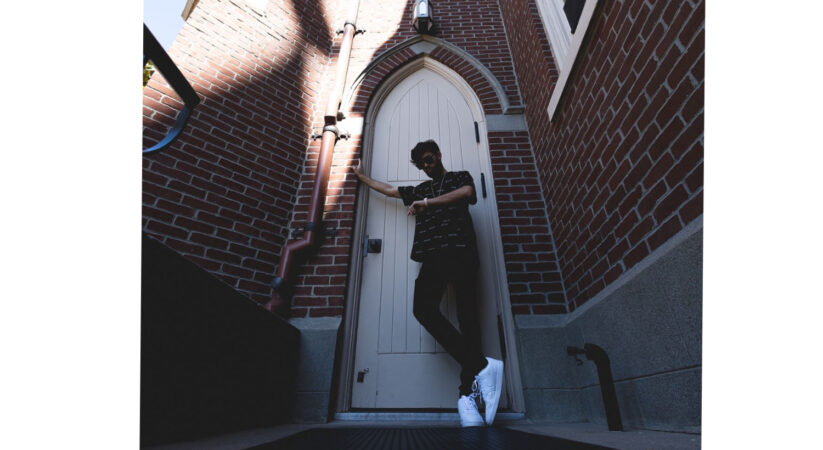 Growing up as an aspiring barber in Jordan, Sam Bayazid had his eyes set on living in America. He had spent the better part of his teenage years learning to cut hair while working in a barber shop from age 13. As he reached young adulthood, he felt ready to move across the world to pursue his barbering dreams. The only thing standing in his way was the extremely arduous process of acquiring a visa. Fortunately for Sam, his mother was very resourceful.

When she was only 18 years old, Sam’s mother put her education on hold, “After she got married to my dad, she stopped going to college to take care of my brothers and me,” Sam explained. His mother had always dreamed of becoming a nurse, but raising her family came first. Later on, as Sam and his brothers grew up and became more independent, she felt like it was time to go back to school to realize her dream. “I admired her so much, going to school and raising her children; that’s just amazing,” Sam said. She excelled in school, graduating with the second highest scores in the entire country. After getting her degree, she began working for the Jordanian government as a nurse.

It was at this point that Sam came to his parents and explained his desire to move to America. “We had some family living over here, but I also really wanted to cut hair in the United States,” Sam said. Upon hearing this, Sam’s mother applied for a visa to bring her entire family over to America through her job working for the government. “At first, she kept it a secret, she didn’t even tell my dad. But after it went through, they hired a lawyer, she passed the RN license exam, and she got a company to sponsor her,” Sam explained. After all the work she put in raising her boys and returning to college, Sam’s whole family was able to move to America.

Upon arriving, Sam’s mother had a nursing job lined up and she began working immediately. “She just worked harder and harder and harder to make sure we had what we needed,” Sam said. He similarly wasted no time pursuing his dreams, securing a job as a barber within two weeks of his family’s arrival. At only 18 years old, he had reached a milestone in his journey, securing his first barbering job in America, a dream made possible by tireless hard work, both from him and his mother.

“She literally inspired me to be a better person because she worked so hard for us,” Sam said. The value of hard work is at the forefront of everything Sam does. It’s how he learned to cut hair at 13 years old, how he got a job cutting hair in America less than two weeks after arriving, and how he opened his barbershop at only 21 years old. Sam and his mother both understand what it means to work for something, and they both know the value of family. Sam explains how he wants to spend as much time as possible with his parents; and looks forward to every moment they have together. He knows that out of everything his mother taught him, the value of hard work will always be the most important.