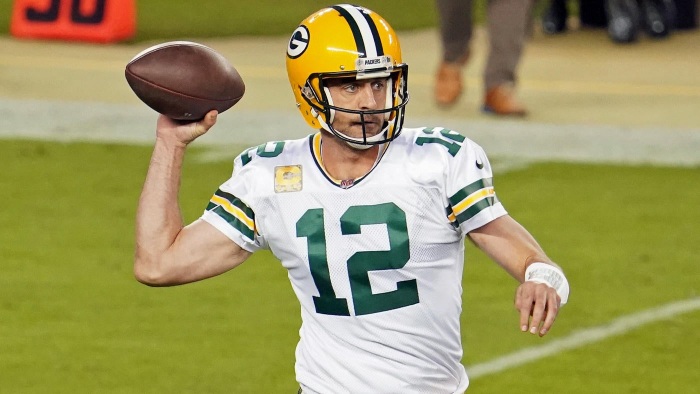 After the San Francisco 49ers scored on a 12-yard touchdown pass from Jimmy Garoppolo to Kyle Juszczyk put the group up one point, the Packers quarterback simply expected to get the group in field goal position to try Mason Crosby out.

Rodgers designated Davante Adams twice to rapidly get the ball up the field with no breaks and left the game up to Crosby to kick the game-winner. The veteran delivered and the Packers won the match, 30-28.

The ruling NFL MVP disclosed to NBC’s Michelle Tafoya after the game he accepted his Week 1 performance was an “anomaly” and his play on Sunday night multiplied down on that thought. He was 23-for-33 with two score passes – one to Adams and the other to Marquez Valdes-Scantling.

Adams had 12 gets for 132 yards. He was engaged with a controversial no-call when it seemed he was meddled with on a hard hit as he was attempting to get a ball. The refs didn’t pull out the banner.

The group got a spark in the second quarter when Trey Lance got the group on the load up before halftime. San Francisco was down 17-14 going into the final quarter. The group slice the lead to three on a Trey Sermon rushing touchdown and later started to lead the pack on the Garoppolo touchdown catch.

Be that as it may, the defense couldn’t hold off the Packers’ charge.

Garoppolo completed 25-for-40 with 257 passing yards, two touchdown passes, a capture attempt and a crucial fumble in the fourth. Lesson got done with 31 yards on the ground. George Kittle had seven catches for 92 yards. Brandon Aiyuk had the other touchdown catch.

Green Bay and San Francisco are both 2-1 on the season.