Tuesday, 7 February 2023
You are here: Home Google is rolling out a new shortcut feature to its video calling platform 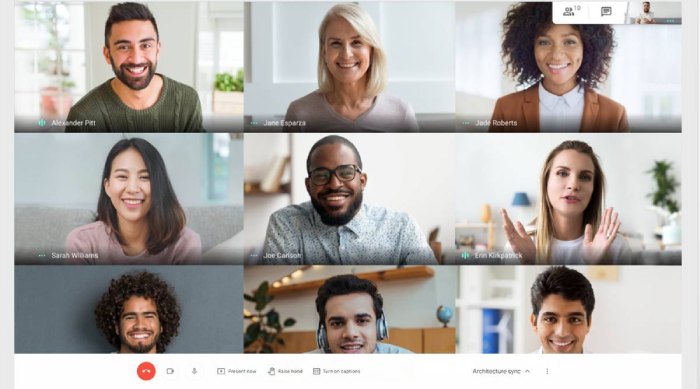 Google explained in a blog post: “To quickly unmute yourself during a meeting, you can now hold down the spacebar to be unmuted, then release the spacebar to return to a muted state”.

Given that the pandemic is still continuing and that video conversations are here to stay, the new shortcut will be a useful addition to Google Meet.

“We hope this makes it even easier for you to participate in your meetings by quickly unmuting to say something.” According to Google’s blog post, the feature will also be useful if you unmute yourself accidentally and then forget to mute yourself again.

During video calls, the ability to mute and unmute has been quite useful. We’ve all forgotten to unmute ourselves before speaking or to mute ourselves again after we’ve finished. It goes without saying that this has caused a lot of awkward dialogues to emerge online.

What date will the feature launch?

According to a Google blog post, users will be able to use the functionality starting on September 9. By default, it will be off for all users. The Google Meet settings are where interested parties can enable it.

Who will receive this feature?

All users of Google Workspace will be able to access the new shortcut, according to Google. Users of all web browsers with personal Google accounts will also be able to use the new functionality.

“Available to all Workspace customers and users with personal Google Accounts on all web browsers,” the post says.

Google has modified how the “Hey Google” The hardware for Google Meet is voice-activated. A new upgrade from the firm limits Google Assistant’s use to times when a device is not in a meeting and within 10 minutes of one.