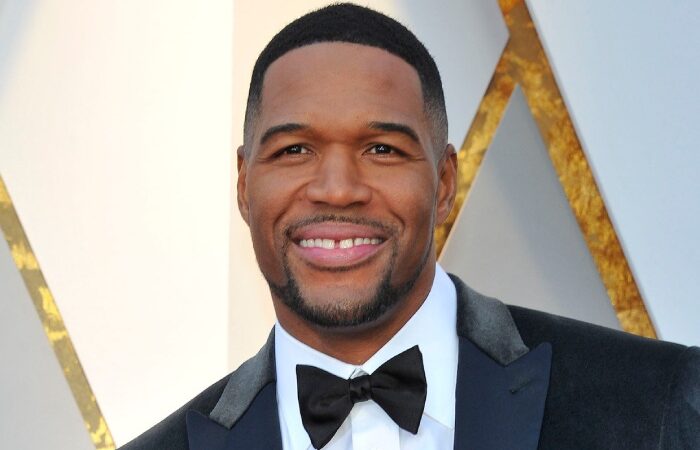 Michael Strahan, co-host of Good Morning America, will be a crew member on the next Blue Origin spaceflight, he said on the show on Tuesday.

Michael Strahan, co-host of “Good Morning America,” is among the six persons blasting out into space, along with five other passengers. On Tuesday’s “GMA,” Strahan made the announcement.

The next Blue Origin flight is scheduled for December 9th. Laura Shepard Churchley, the eldest daughter of Alan Shepard, the first American astronaut to explore space in 1961; venture entrepreneur Lane Bess and his son, Cameron; investor Evan Dick; and Dylan Taylor, CEO of Voyager Space are among the other space-faring crew members. New Shepard is the moniker given to the Blue Origin rocket in honour of the pioneering astronaut.

This will be the year’s third Blue Origin flight. In July, Blue Origin’s founder and CEO, Jeff Bezos, travelled on the company’s first human flight.

“I believe that this is the way of being innovative, creative, pioneers in aviation, now space travel,” Strahan said on GMA. “And it’s going to take a while but I do believe that it will bring a lot of technological breakthroughs and also innovations to us here on Earth, and I just want to be a part of it.”

Strahan’s preparations, which he says began two weeks ago, were featured on GMA. Other commercial space ventures mentioned in the programme included Elon Musk’s SpaceX and Richard Branson’s Virgin Galactic.

He stated that he had been invited to join the crew. According to Blue Origin, he will get a stipend, which will be donated to The Boys & Girls Club. According to GMA, the network will cover Strahan and his fellow crew members’ preparations for the launch, but it will not have unique access to the flight itself. A Blue Origin feed has been used by all networks.

This will be the third Blue Origin mission this year, following Bezos’ trip to space in July and William Shatner’s appearance on “Star Trek” in October. Each flight has left an indelible mark on history. The inaugural launch featured 18-year-old Oliver Daemen, the world’s youngest person in space, and 82-year-old Wally Funk, the world’s oldest woman in space. Shatner, who is 90 years old, shattered the previous record held by Funke and became the oldest person to enter space in October.

“Blue Origin, they approached me, and they asked me if I wanted to be a crew member,” Strahan recalled, adding that he said yes right away.

Strahan gave a behind-the-scenes peek at some of his space trip preparations on “Good Morning America,” including measuring his 6’5″ frame for a Blue Origin flight suit and putting one of the astronaut seats to the test.